Vancouver judge blames a fatal assault to an ‘MMA-obsessed society’

It’s 2:18 am here in Los Angeles and I stayed up long enough just to perpetually smack my head in disgust at this article from the Vancouver Sun. We love it when ignorance of any judicial system is exposed, but we never thought a city as progressive as Vancouver would be stuck with a judge that would scapegoat a brutal crime to an ‘MMA-obsessed society.’ Look, don’t even try to comprehend the angle Justice Robert Crawford is taking in his comparison of a fatal prison assault to mixed-martial arts. Seriously, if you think too much about it then you may get a tumor — and no one wants that. Actually if you do get a tumor, I will blame the ‘thought-obsessed society‘ that we live in for it. In fact, don’t blame alcohol for drunk driving. Instead, let’s put the blame on a ‘automobile-obsessed society.’

We think MMA has come so far until we look up and see the colossal mountain it still must overcome to be considered a societal norm and not just some ‘violent novelty.’ Check out the excerpt from the Vancouver Sun and props to Reddit for the find. 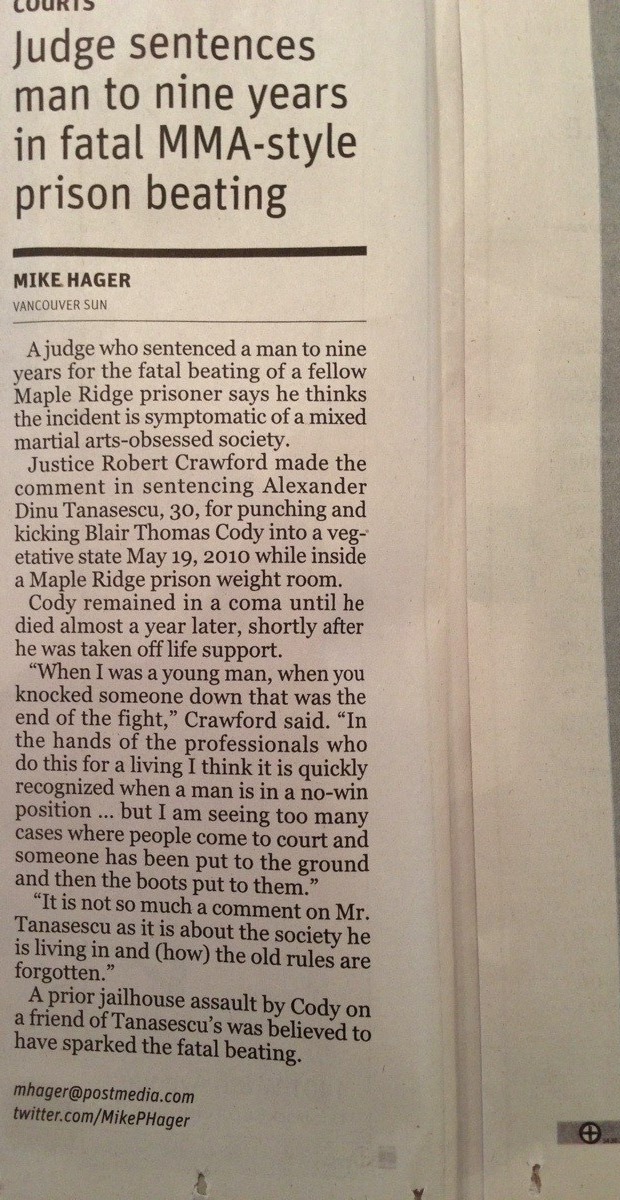 Sokoudjou gets called out even when he wasn't smack talking in this hilarious Road FC promo
Read Next Post →
Click here to cancel reply.