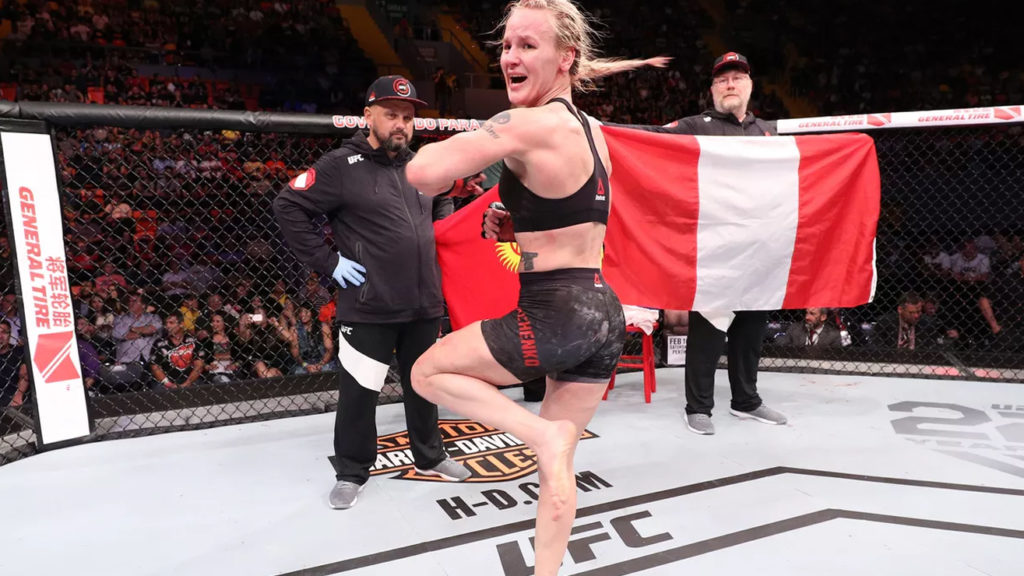 Valentina Shevchenko is a Monster in the Flyweight Division

Valentina Shevchenko is no joke. Especially at 125lbs. Prior to the UFC’s introduction to the women’s flyweight division, it felt like Val didn’t have a home. The majority of the time, she was fighting women way larger than her. Women like Amanda Nunes, who is the current UFC bantamweight and featherweight champion. And honestly, if you ask hardcore fans, many of them believe that Valentina edged out Nunes although the judges scored the fights for Amanda. Both Joe Rogan and Angela Hill spoke about Valentina’s dominance, and how she’s a monster at 125lbs.

UFC strawweight Angela Hill realized that Amanda Nunes began to truly show her power after fighting Valentina. But one thing is for sure, no matter the weight, both Rogan and Hill agree that Shevchenko is a monster in the octagon.

“Valentina at 125 is a f*cking monster,” said Rogan. ”  She is so good. It doesn’t even make sense. That fight, I did my best to pump up Katlyn Chookagian and to make it sound like it was going to be a good fight. But, all I was thinking of is ‘How is this girl going to beat her?’, ” said Joe. “she does everything perfect.”

Shevchenko put on a clinic against Chookagian. She dominated her for the entire fight and landed a highlight spinning back kick in the process. Target acquired.

Hill then explained how the gap in skillset between Valetina and her contenders is significant. Afterward, they began to explain what makes Shevchenko so great inside of the cage.

“Valentina makes you pay,” said Rogan. “So like, all those shots that she (Katlyn) would throw for volume, (this) is different. You put the shots out there and then (Valentina’s punches) come back at you. The kicks come back at you and you’re like ‘F**k.’ Now everything is at a distance. And you lose your ability to engage. You get nervous because every time you engage, she’s looking to take your f*cking head off,” finished Joe.

Who Can Defeat “The Bullet”

Shevchenko may very well be the most dominant champion in the UFC at the moment. In a division full of hungry competitors, it appears as though none of them stand a chance against Valentina and her superior counter-striking. And, as if that enough, Shevchenko possesses an incredible ground game as well as a strong clinch. Will her competition ever find out a way to defeat her? Maybe. But, it doesn’t look like it will be happening anytime soon.