One fighter didn’t appreciate Sage Northcutt calling out Nate Diaz for a fight.

For those who might have missed it, Diaz did an interview where he said that he hadn’t taken a UFC fight lately because he hadn’t been offered one respectably.

These are some words Nate Diaz while speaking at Outside The Box podcast. Primarily, he wants to be asked nicely.

“Ask nicely motherf**kers. Ask nicely. I’m talking about the organization, the fighters. And make it a big deal, because I’m not trying to just sign a contract just cause it’s a good idea for you guys.”

Urijah Faber posted a hilarious meme with a mock call-out from one of his newest teammates, which is Sage Northcutt.

The meme paired Northcutt and the headline of Diaz telling opponents and the UFC to “Ask nicely motherf**kers” says, “Hello Mr. Diaz. I was wondering that if you are free during 2018 if you would maybe like to compete in the Octagon with me. If not it is completely OK. Merry Christmas and God bless you.”

Both Diaz and Northcutt responded to the post in the comments 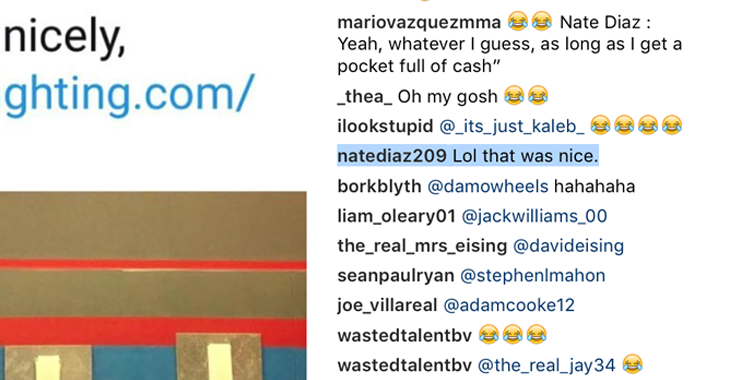 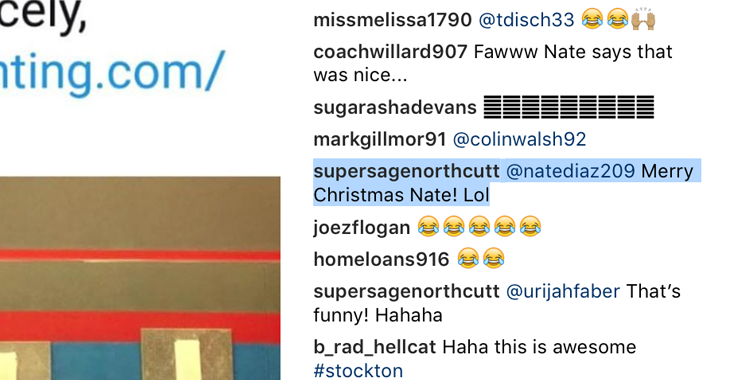 Northcutt met the Diaz brothers last year at the UFC on FOX 22 event where they introduced themselves to each other backstage.