Update: War Machine is still in prison but he’s found Jesus and is writing. Here are his latest letters

War Machine is still very much in prison. The former UFC Ultimate Fighter cast member and Bellator fighter is currently sitting behind bars in the High Desert State Prison in Nevada, on assault and attempted murder charges. When the MMA world last saw War Machine fight in the cage it was October 2013 and he was easily getting choked out by Ron Keslar in the first round at Bellator 104.

In case you missed it, Koppenhaver has once again popped on social media after an extended absence. If you are following closely, Koppenhaver claims he has found Jesus Christ and has been writing new letters to the outside world. While sitting in the High Desert State Prison, Koppenhaver currently awaits his trial that has now been postponed until February 2017.

As Koppenhaver gets lost in his search for a true religion, War Machine awaits punishment for the alleged 18 broken bones, broken nose, missing teeth, fractured ribs, ruptured liver and rape attempt on his former girlfriend, actress Christy Mack from an August 8th, 2014 assault in her Las Vegas home.

Below are the latest letters Koppenhaver has sent from prison 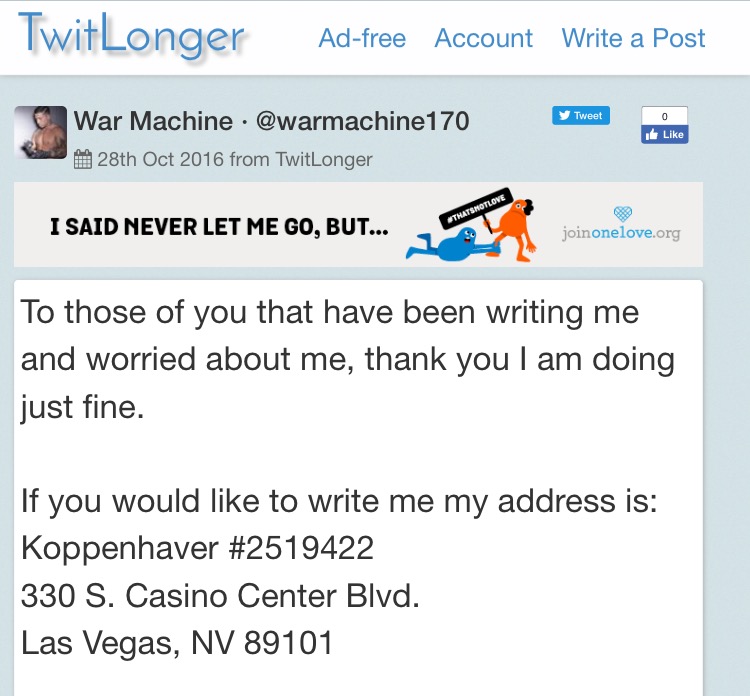 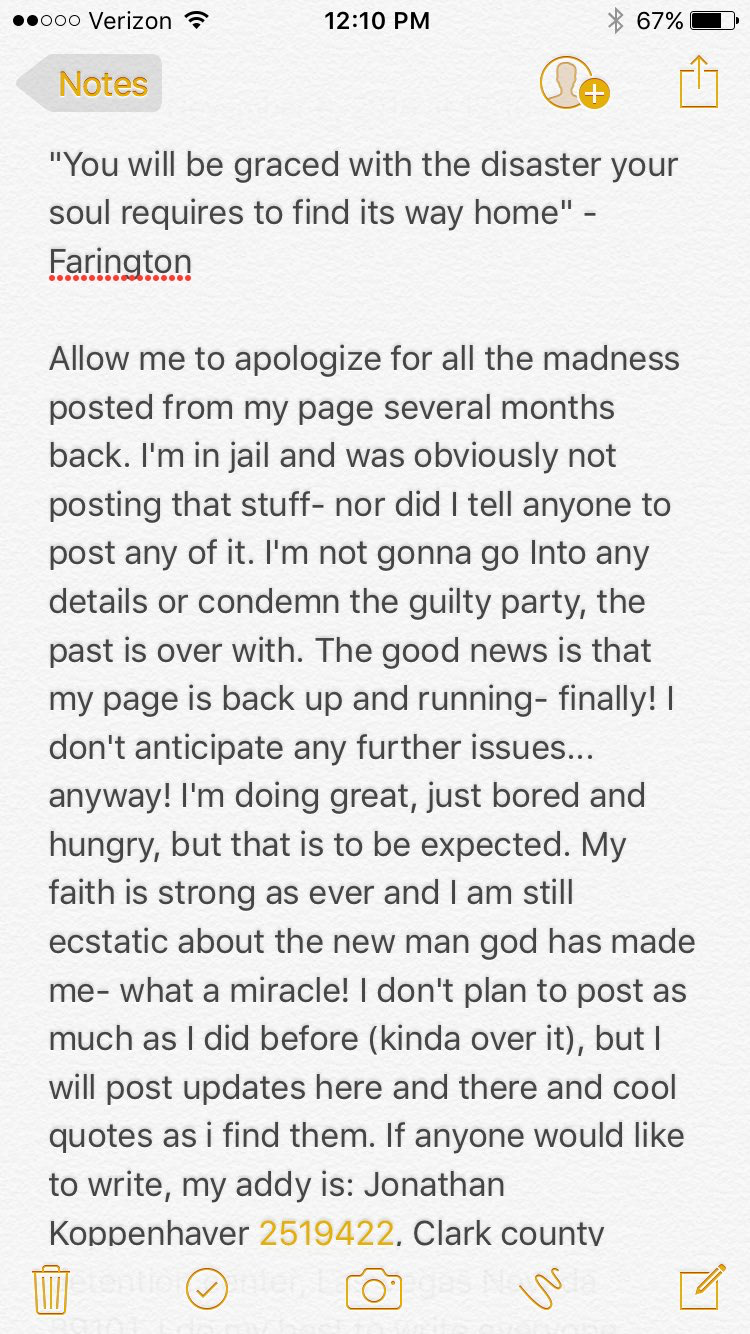 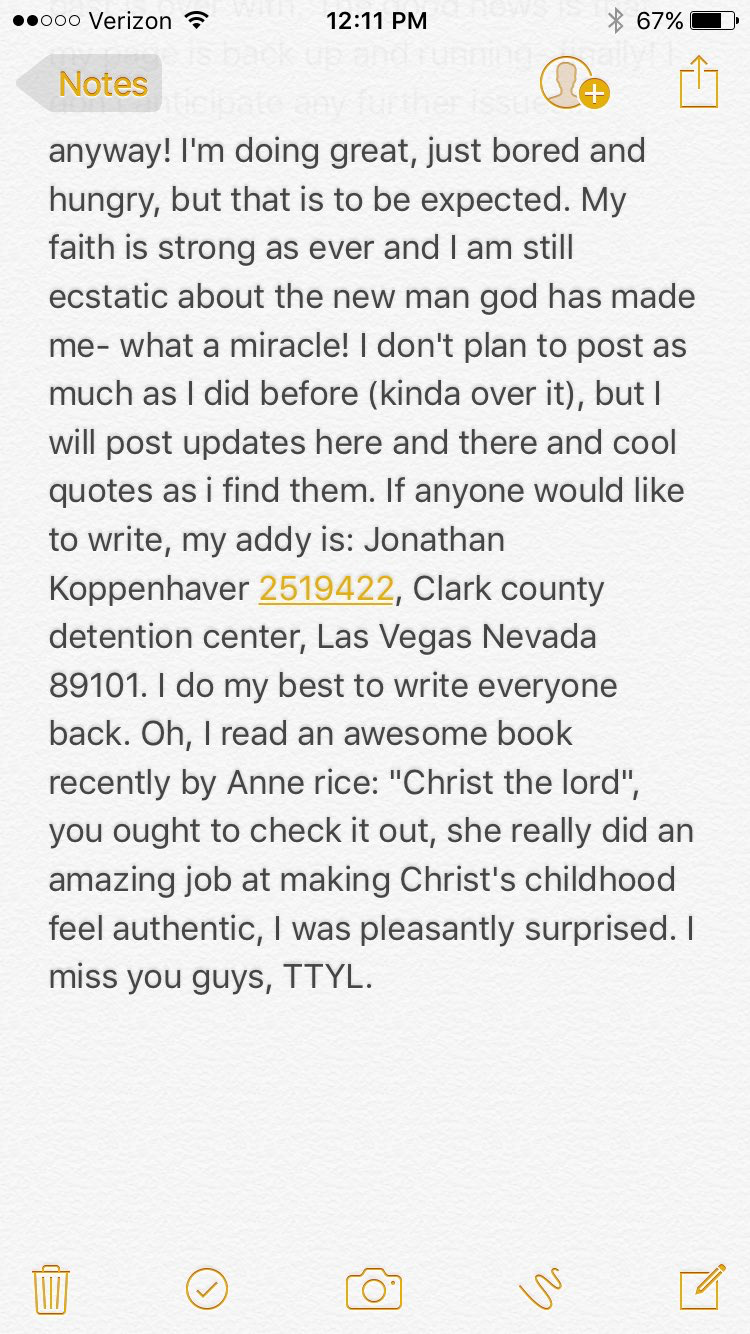 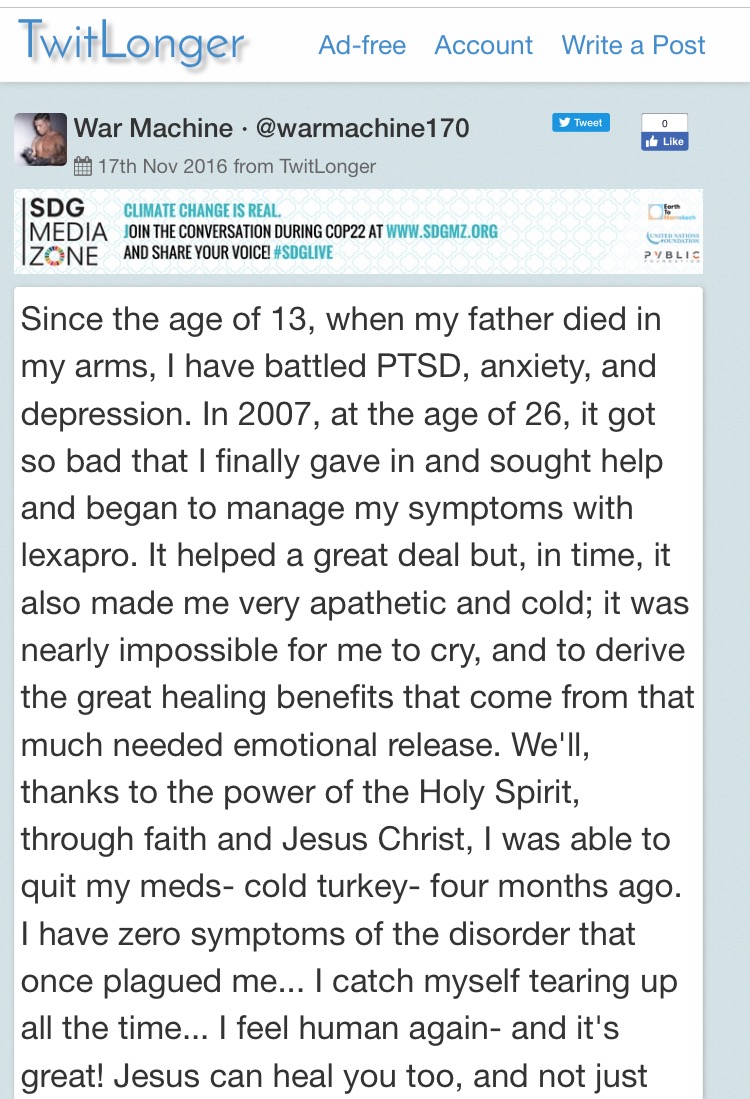 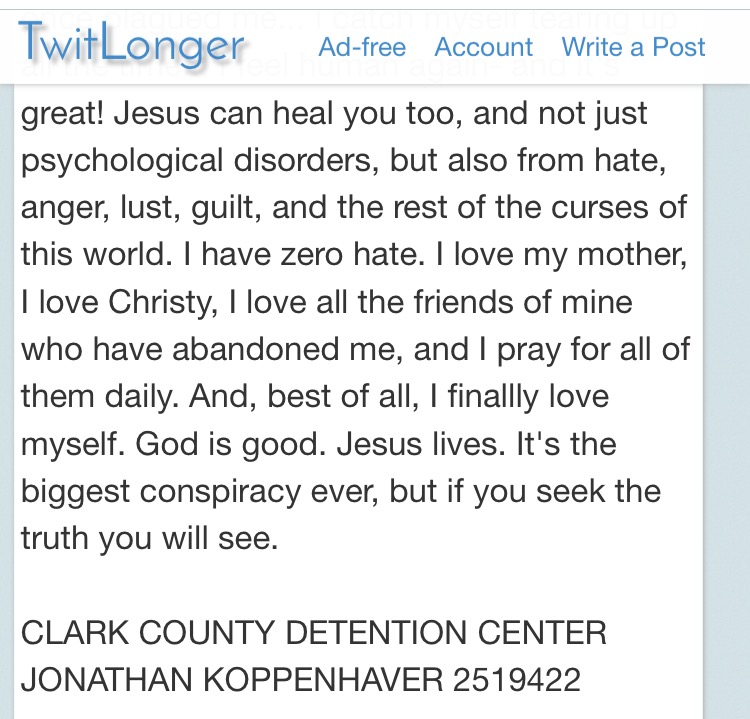 A Lesson in Street MMA: All the 2016 Black Friday shopper vs. shopper Street MMA fights in one post
Read Next Post →
Click here to cancel reply.