I would imagine anything that begins with ‘Ultimate Chaos‘ probably involves nuclear explosions and some dude in the corner with a walking stick on the top of a hill screaming ‘AAAAaargh!’. See with ‘Chaos’ it’s a bit more laid back. Maybe a homeless dude on a street corner holding up a sign that says ‘The end is nigh‘ surrounded by a couple of burning cars. But when it comes to ‘Ultimate Chaos’…you really have to go the extra mile. Throw some aliens in the mix along with some sasquatches holding soviet issued M-2s…and to top it off, replace the sun with a giant celestial strobe light. Yeah, a strobe light. That’s the only way anyone can replicate the amount of rawesomeite sticks packed into the the June 27th The Ultimate Chaos card…and we’ll be there.

Whenever I think about this card, I want to just drop kick my functional alcoholic neighbor out of pure excitement (she won’t mind). You got a dude that snacks on galaxies, Bobby “Destroyer of Worlds (and all around galaxy snacker)” Lashley that’s getting in the cage with none other than your boy from that nightmare you had last night, 400lber Bob Sapp (or as we know him as ‘Stone’ from Elektra). Bob Sapp loves to fight out of Japan and the Japanese people consider him like a living God there. Mostly it’s out of fear, because if Sapp decided one day he was going to overthrow the government…there’s really little Japan can do about it. So the dude is well respected in order to pacify him. Sort of like how everyone is nice to the guy at a kegger who ripped off his shirt and and punches himself in the face while his friends hold him back (we all know that guy..don’t be that guy). See, those two dudes going at it would technically be considered ‘Chaos’…but remember, this is ‘Ultimate Chaos’ and that’s why Gilbert Yvel is involved.

By now, I shouldnt even have to tell you who Gilbert Yvel is. You should fear the dude like you fear seeing a cop while you’re going going 60 in a school zone. Don’t be surprised if Yvel gives the ref a right hook and then kicks him on the ground midway in the fight. I mean, it wouldnt be anything new to the guy…in fact, it would be normal. Gilbert Yvel is an absolute beast, and if you refuse to believe that walk up to him and doubt his primal rage (awesome game)…guranteed you’ll walk away minus a spleen. He’s going up against Pedro Rizzo and the winner of this will take on Paul Buentello in the Affliction III card (which very well may be the end of the world). Also, in a moment of sheer WTFness, you have Tom Atencio (VP of Affliction and Eduardo Pamplona’s cousin) fighting in the cage for money he probably doesnt need. That’s why we’re volunteering MiddleEasy to claim purse whenever he wins. We call shotgun.

So if you’re Biloxi, Mississippi or if you’re going to travel half-way across the country like MiddleEasy wll be doing to watch the fight, be sure to join me in a cosmopolitian at the after party…because we all know, that’s a real man’s drink.

Sleep well...Tim Kennedy is on it
← Read Last Post 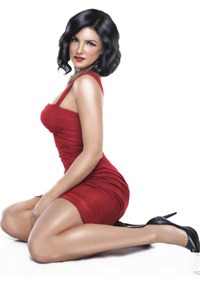