Uh oh, Massachusetts is putting their foot down about fighters and Social Security numbers, which is messing with UFC on FOX Sports 1

The concept of being disappointed by yet another delay of my next appraisal of Shogun’s surgically repaired knees with Gary LaPlante seems legitimately real. Could the foreign fighters appearing on this card be in jeopardy? Speaking of Jeopardy: Who is Terrell Harris? Was that supposed to be in the form of a question? For the sake of the article, yes, but otherwise, no. Terrell Harris is a spokesman for the state Department of Public Safety, which regulates events such as UFC. He’s let the Boston Herald know that Mass­achusetts is getting pretty damn strict about foreign fighters having the proper paperwork, specifically a Social Security numbah:

“This law has been in existence since we legalized mixed martial arts in the commonwealth of Mass­achusetts, it’s been brought to the attention of the UFC more than a few times since we legalized the fighting here. But they’ve chosen basically to ignore the law and hope that they could skirt it somehow,” “When they bring in fighters that are not American citizens, there are exceptions that  allow them to obtain a Social Security number,”

“The Social Security  Administration will issue a temporary work visa but it’s up to them to do  their due diligence,” “They’ve approached us and asked us if we could make exceptions to the  law for them, but the law is the law. The law doesn’t allow us to make exceptions.” “The Speaker was not aware of the problem and has not been in touch with UFC officials, but would be eager to learn more about it,”

Harris said the UFC petitioned the state for an exception to get foreign fighters in the Octagon in Boston even without a Social Security number, but state law is firm. And to skirt around the issue would require me to embed this .GIF. Damn, please figure this out. Whatever needs to happen, make it happen. Please don’t make that card too good to be true.

Props to MMA Supremacy for the scoop. 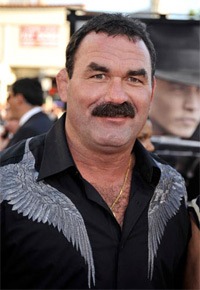