Uh Oh, James Toney has been given the boot at one of his training gyms 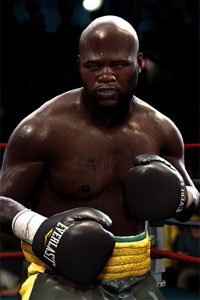 I can’t say I’ve ever been kicked out of a place for making someone uncomfortable. I have not yet just showed up in Utah and climbed through Damarques Johnson’s bedroom window to show him pictures of the shrine I have in my living room devoted to him. After much thought, something tells me that might be something that would make Dzilla uncomfortable and would probably get me kicked out of his house and sent home with a copy of a restraining order.  I guess I will have to come up with a less invasive way to show him my adoration.

Maybe James Toney needs to rethink his approach to others as well. According to an MMA News post on BJPenn.com he was recently kicked out of one of his training gyms for making someone ‘uncomfortable’. 360 Health Club in Reseda, CA told Larry Brown Sports that ‘Toney made another member feel uncomfortable with a verbal and/or physical threat’.

Toney responded to the situation by saying:

“We had a disagreement with the managers. We had too much traffic coming in – the wrong traffic.”

The gym officials refute that though and are standing by their statement that Toney made someone feel uncomfortable. While we weren’t there to know for sure what Toney did to make someone uncomfortable, we do know he is fully capable of doing so. Remember how he made Ariel Helwani squirm a bit last July when he decided to tell him about the freak show between his legs?  [source]

It's time for another Whoa! TV/MiddleEasy gym expedition, this time we're in London at Team Titan
← Read Last Post

If you're uninsured, Clay Guida will walk into your house and break everything you own
Read Next Post →
Click here to cancel reply.