The Internet never forgets. Also the UFC’s social media team never forgets and will even troll its own champions to prove some kind of point. It feels like no matter where new welterweight champion Tyron Woodley goes, that time Nate Marquardt knocked him out to the land of whispers and winds follows him very closely.

A few days after Woodley beat down Robbie Lawler at UFC 201 Nick Diaz was already using this old Strikeforce highlight to try and get a fight with Woodley signed.

It’s one thing for a savvy social media expert like Diaz to troll the new champ with an old KO video but its another thing entirely when your employer is flaunting the fact that their own new champ was put to sleep in spectacular fashion. But Fight Pass needs buys and promoting Nate Marquardt will get people to subscribe!

Remember when @NathanMarquardt did THIS to the current UFC Welterweight Champion?! #UFCFIGHTPASS pic.twitter.com/u4PRsaSLtR

Welp. Woodley was pissed about being thrown under the bus by the UFC and went off on Twitter about it. Next up for Woodley is Stephan Thompson at UFC 205 and we know what the UFC will do if Woodley gets knocked out in dramatic fashion. Pile some more slat on that wound. 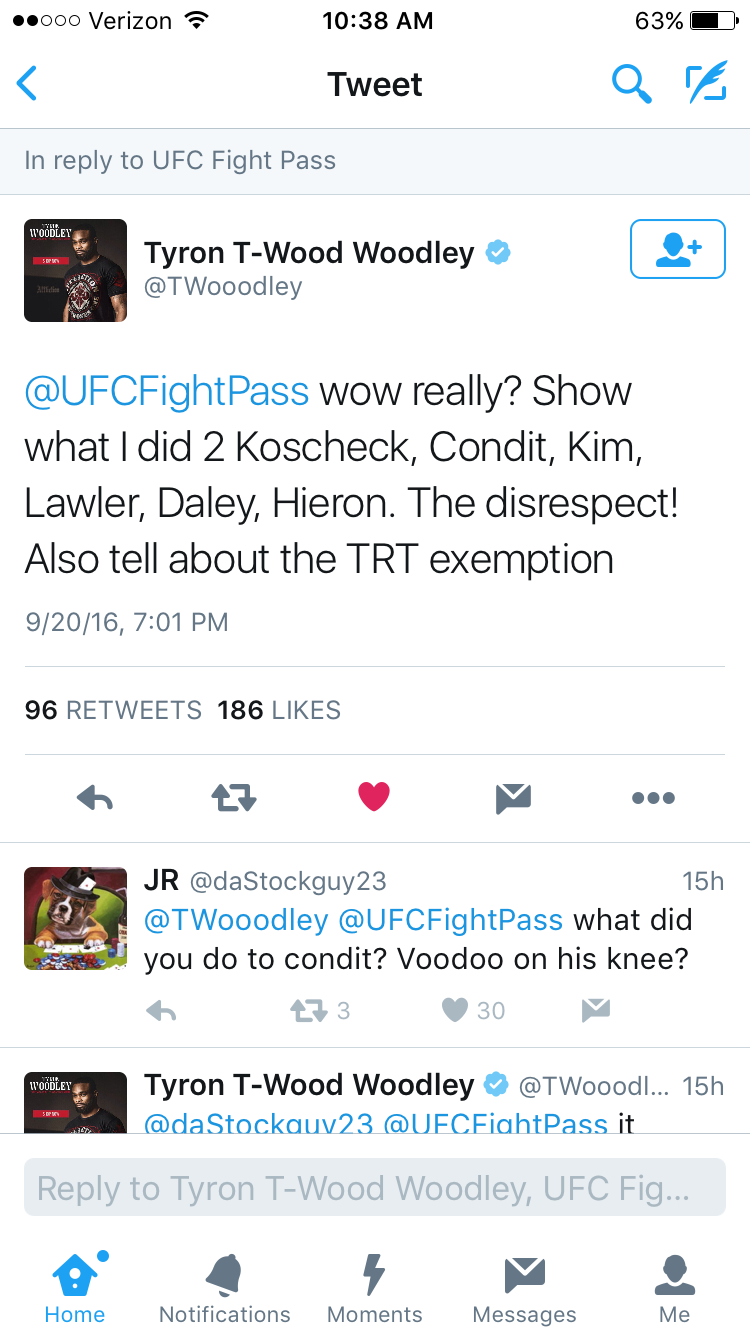 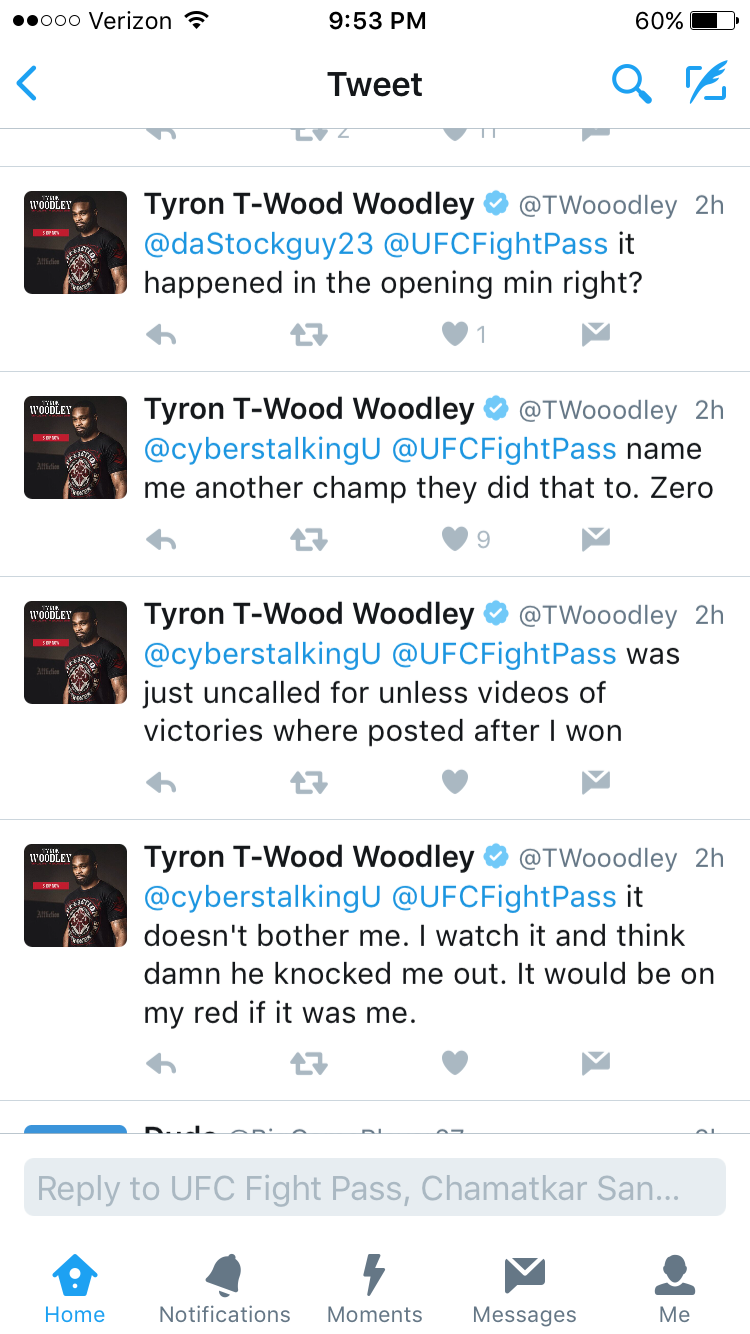 Video: Nick Diaz and Tommy Chong smoke a big joint in their backyard, we watch
Read Next Post →
Click here to cancel reply.