Looks like Alexander Volkov is not such a big underdog versus Fabricio Werdum! Betting odds on UFC Fight Night 127 are now telling a completely different story. (via bloodyelbow.com)

The UFC is back on this weekend with a Fight Pass Card from London. The highlights will be the fights between Fabricio Werdum (-175), a current champion, and Alexander Volkov (+155), current No. 8 Heavyweight contender. The co-main event of the evening is the fight between top Light Heavyweights #4 Jimi Manuwa (-340) and #11 Jan Blachowitz.

There are four scheduled bouts which are a sour cream for gamblers on UFC Fight Night 127, with a money line of -300 or longer, where the widest odds belong to (-700) Magomed Ankalaev vs. Paul Craig (+500). Other fights where there are heavy favorites are Tom Duquesnoy (-355) over Terrion Ware (+295), Hakeem Dawodu (-310) over Danny Henry (+255), and already mentioned Jimi Manuwa (-340) over Jan Blachowicz (+310). The tightest bet is the fight between Charles Byrd and John Phillips, where each competitor is set at -105.

The entire Saturday’s UFC Fight Night 127 card will be set live on Fight Pass. The main card starts at 5:00 PM, while the preliminary fights start at 1:45 PM EDT.

Here are the London betting odds from OddsShark.com. 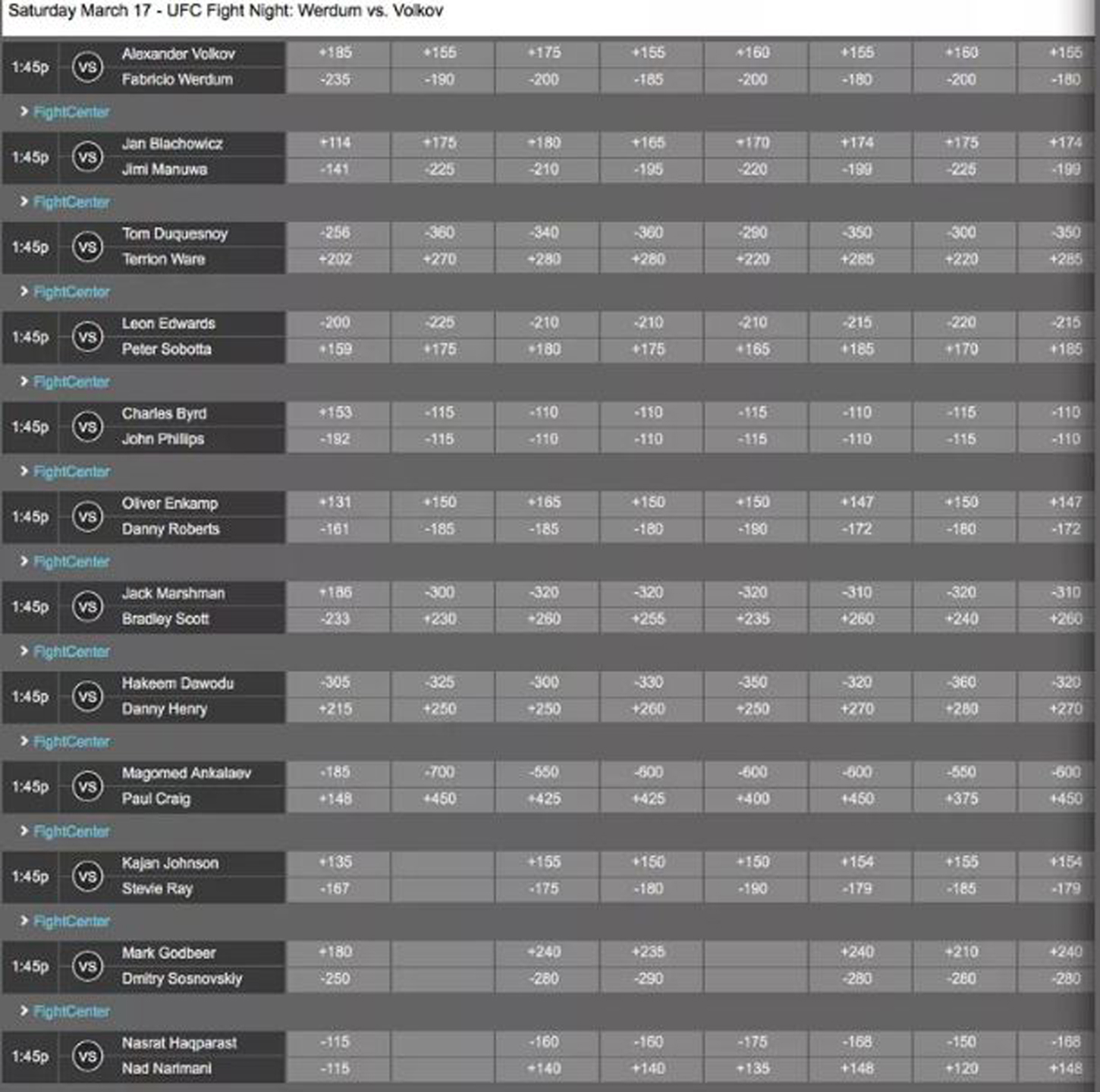 Here is what BestFightOdds.com has to say. 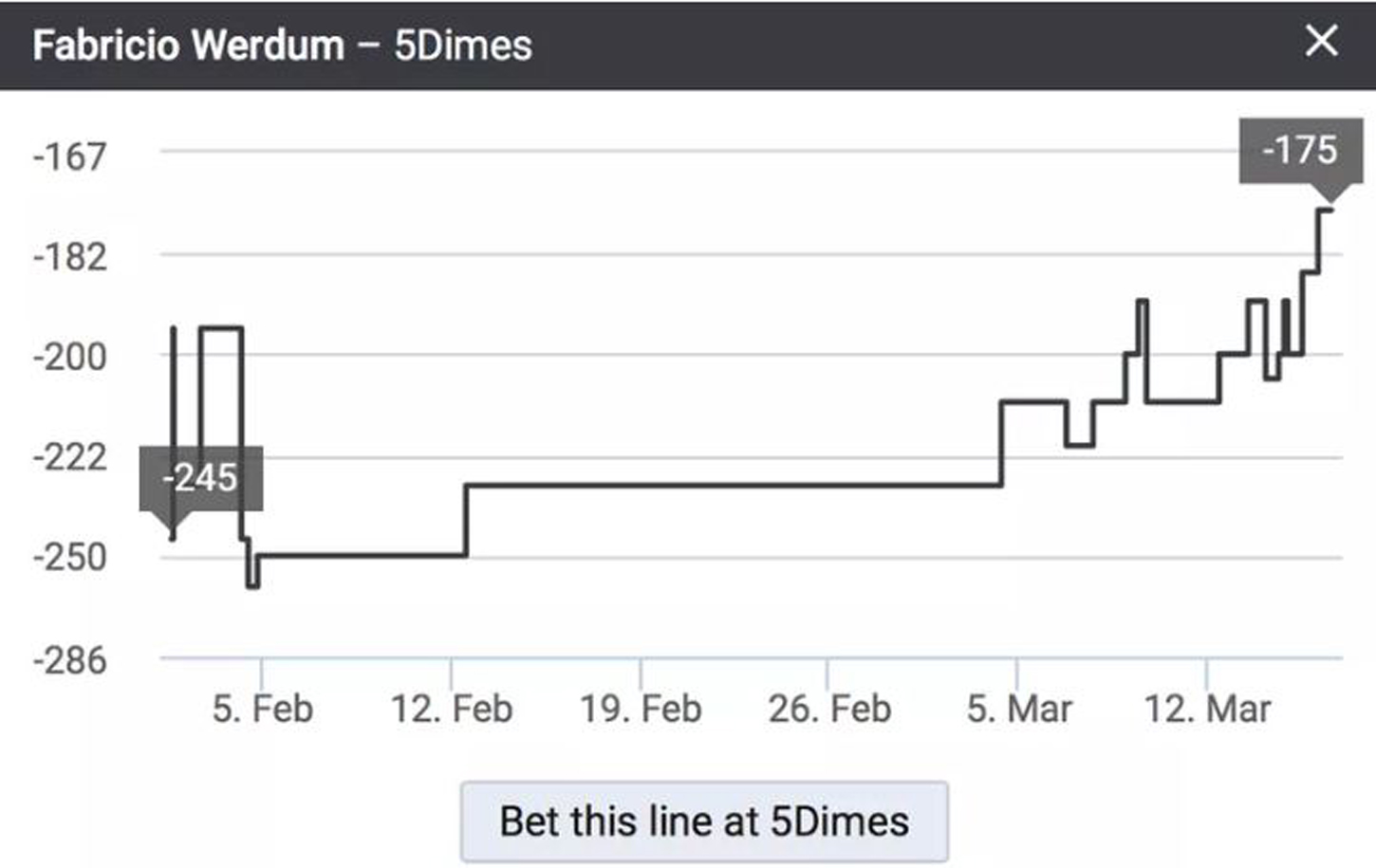 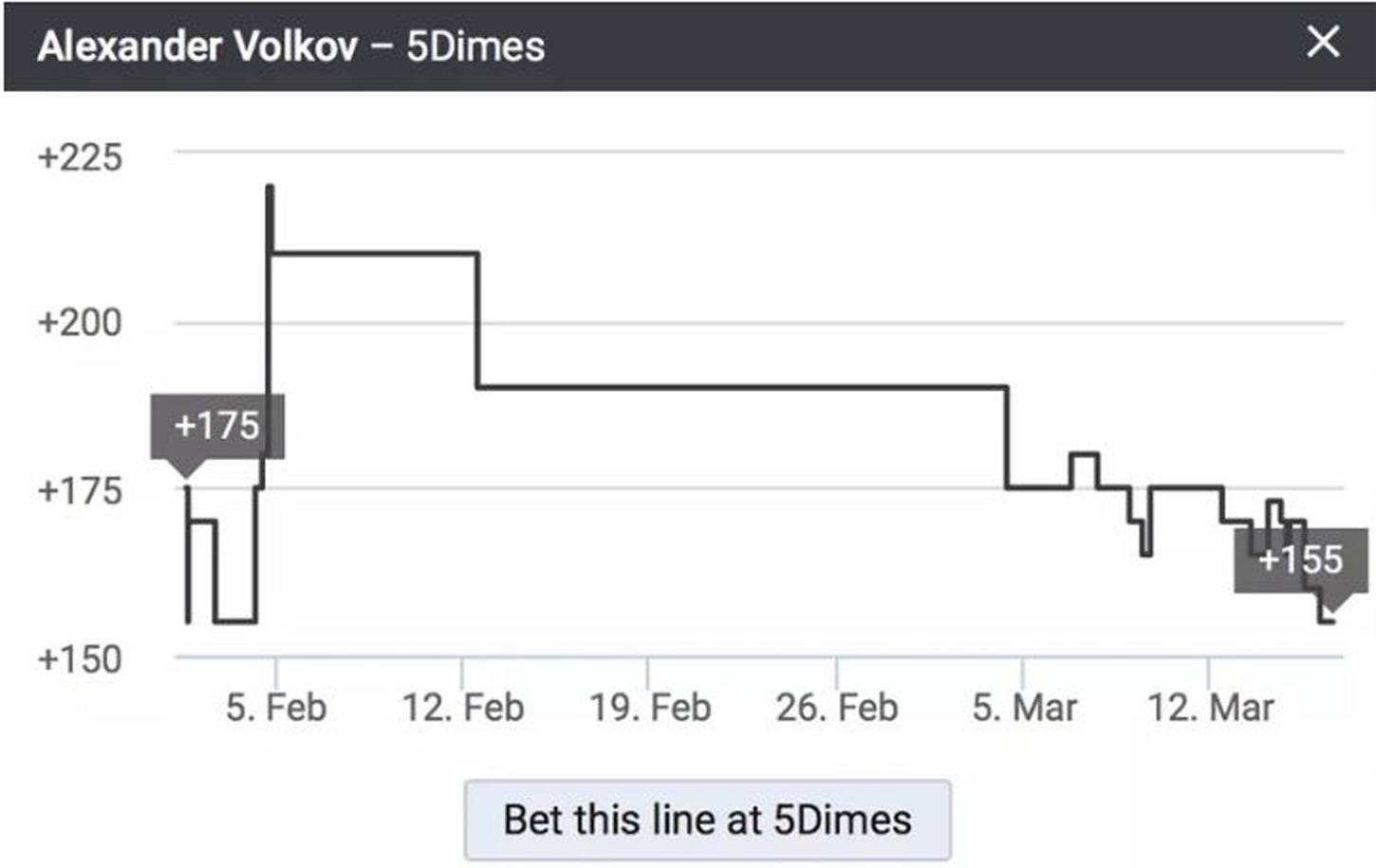 A former Heavyweight Champion, Fabricio Werdum, opened the betting up as a big favorite at -245, and he maintained for about a month. However, wagers on his opponent caused him to go down to -175. Alexander Volkov started as a +175 underdog but he improved his score to +155.

Both competitors opened up with money lines of -120 but constant betting led Haqparast into the role of a favorite at around -160, while Narimani is now an underdog at +140. 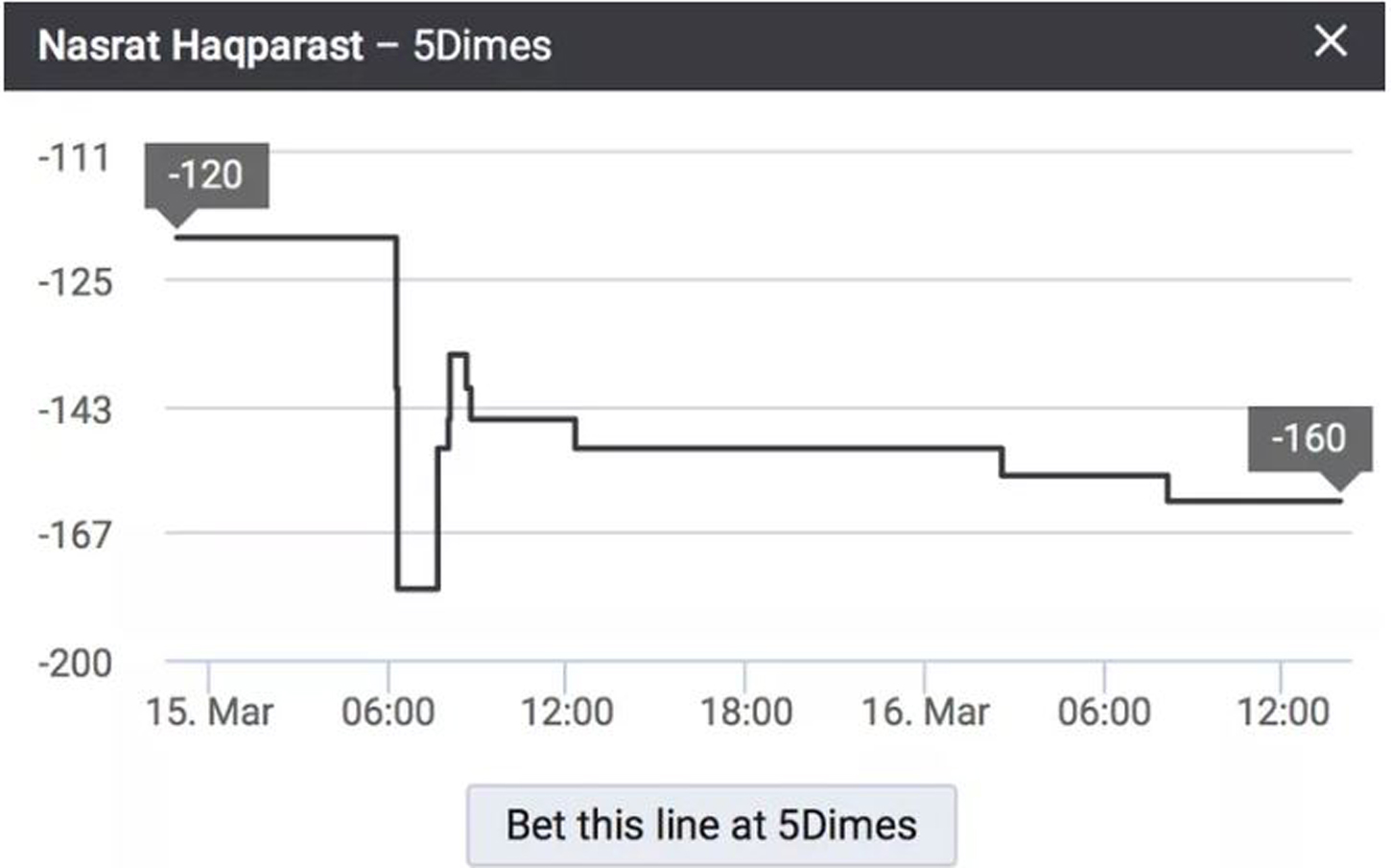 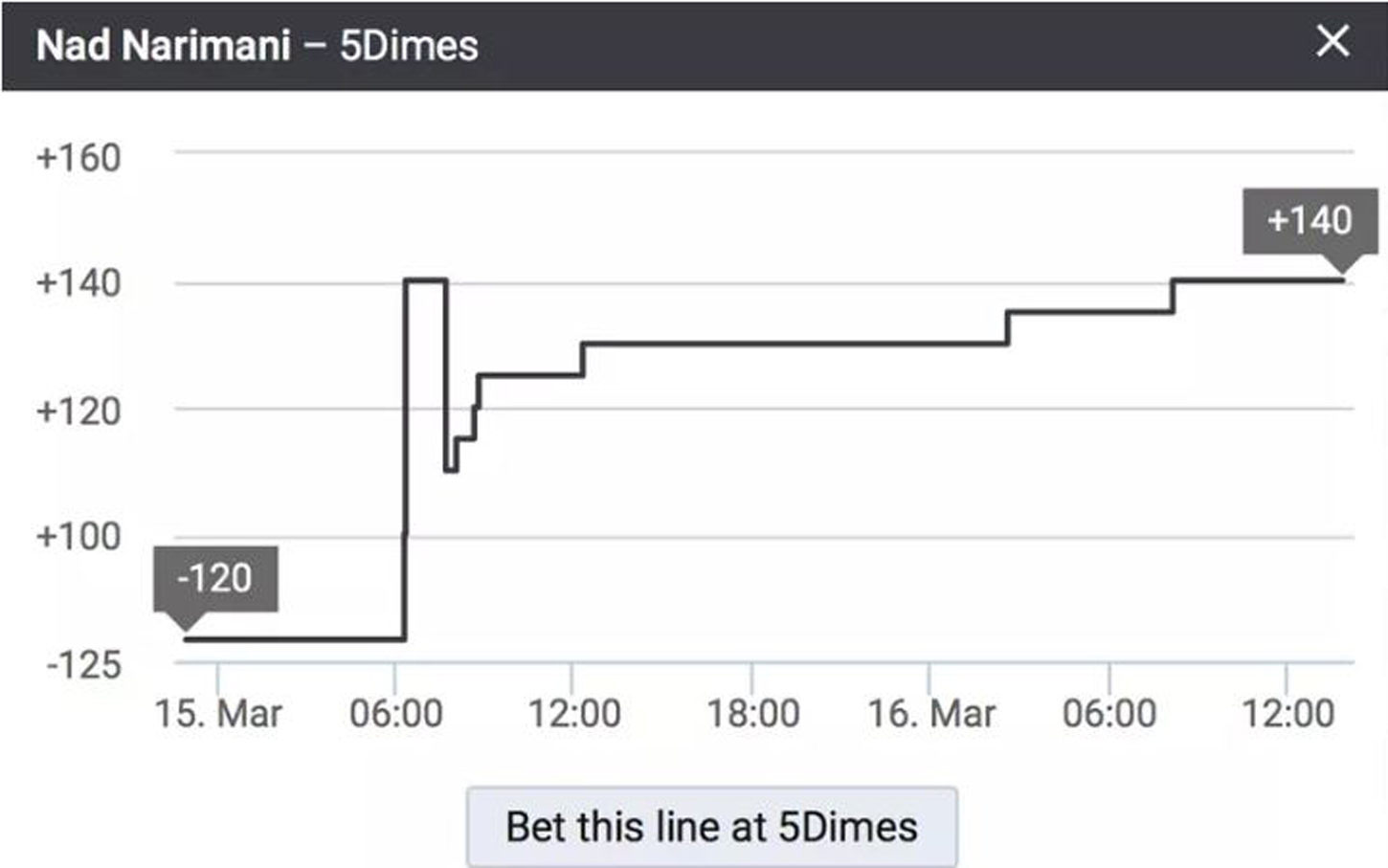 We have one very simple question – can Alexander Volkov make a surprise and knock Fabricio Werdum out?

Scottish Underdogs Say "Fuck St. Patrick's Day" and Get Ridiculous Back to Back Submission Wins at UFC London
Read Next Post →
Click here to cancel reply.