Jon ‘Bones’ Jones failed an in-competition drug test for his UFC 214 fight which was collected back in July. USADA reported a urine test taken before his fight with Daniel Cormier had come out positive for turinabol metabolites anabolic steroids. As expected the B sample results are back from the lab, and they’re showing the same banned substance.

Jones was returning from a yearlong suspension for testing positive for two banned substances prior to his previously scheduled rematch with Daniel Cormier at UFC 200 back in July of 2016.

They overturned his win over Daniel Cormier to a “No Contest” and was provisionally suspended by the USADA. Shortly afterward, UFC stripped the title from Bones and returned it to Daniel Cormier-though UFC’s vice president of athlete health and performance, Jeff Novitzky, believes that Jones didn’t took this drug intentionally during his recent appearance on Joe Rogan’s Podcast.(via BJPenn)

“Right up front, I’ve said this awhile now, it would not make a lot of sense for an individual, a UFC athlete that knew, especially a champion or contender like Jon Jones, that knew ‘Hey, I’m tested quite regularly in the program,’ would not make a lot of sense that [Turinabol] would be your drug of choice if you were intentionally trying to cheat. I think it’s come out after the fact that USADA did another test on Jon a month or two or a couple of months after his positive test and he was negative during that test.”

“So, that would be indicative that the prohibited substance entered his system sometime after July 7th or 8th and it was likely a pretty small amount and that it cleared his system pretty quickly. Again, who knows where it plays out, but certainly on the surface of things, I have said, at this point in the game with this type of information out there, it wouldn’t indicate intentional use. […] I don’t know that definitely and we’ll see how this plays out. Right now where the process is, is Jon and USADA are working closely. I’m aware there was a meeting a week or two ago. A pretty lengthy meeting which I was told was productive. I wasn’t given details of what productive meant, but I think that’s an important thing right now.”

Turinabol steroid takes several months to clear off the system and is not something that can easily be cycled, as per Novitzky.

USADA has the ability to take into account alleviating or aggravating factors when deciding how long a UFC star can be suspended. Jon Jones could have his suspension reduced if he’s able to convince the third-party firm his use was unintentional. Conversely, he could be found to have intentionally used the banned substance and receive a lengthy suspension.

Novitzky clarified that USADA will ultimately decide Jon Jones’ punishment as the results management process unfolds. He said Jones’ camp and USADA are “working closely” and had a “productive” meeting few weeks ago.

Even the best case scenarios entertained, it doesn’t seem like we’ll see the former champ in action this year. 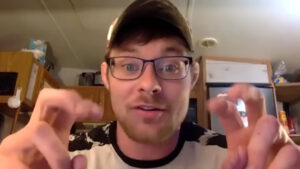