So the UFC may be a cleaner sport but at what cost? When the promo partnered up with the United States Anti Doping Agency to oversee all UFC drug testing, the move unilateral and had little input from the fighters. If you follow any UFC athletes on social media you will eventually see the “just tested by USADA post-pee” selfie.

Most of the interaction between USADA testers and UFC fighters has been tame but for some reason this week weird shit just keeps happening.

First it was Tim Kennedy, who returns to the UFC at UFC 205 next month, telling the strangest story about a USADA agent watching him shower. Going above and beyond the call of duty or simply creepy as fuck? FloCombat with the quote of the year

“Last time I got tested, like a week ago, this guy came into my house and I’d just came back from a workout. He was like, ‘We can’t take blood for an hour,’ and I was like, ‘Well, I just got done with a workout. Can I take a shower?’ He said he had to visually keep his eyes on me the whole time so I was like, ‘Well, I’m taking a shower,’ I walked into my bathroom, took my clothes off and he walked into the bathroom with me and watched me shower. He was like, ‘Are you serious?’ So I said, ‘Shall I rinse again? Shall I use more soap? Are my balls clean?’ He 100 percent watched me. I’m not going to sit there dirty after practice.”

In an attempt to one up Kennedy, UFC welterweight Jake Ellenberger for some reason simply pulled a gun on the testing agent knocking at his door. 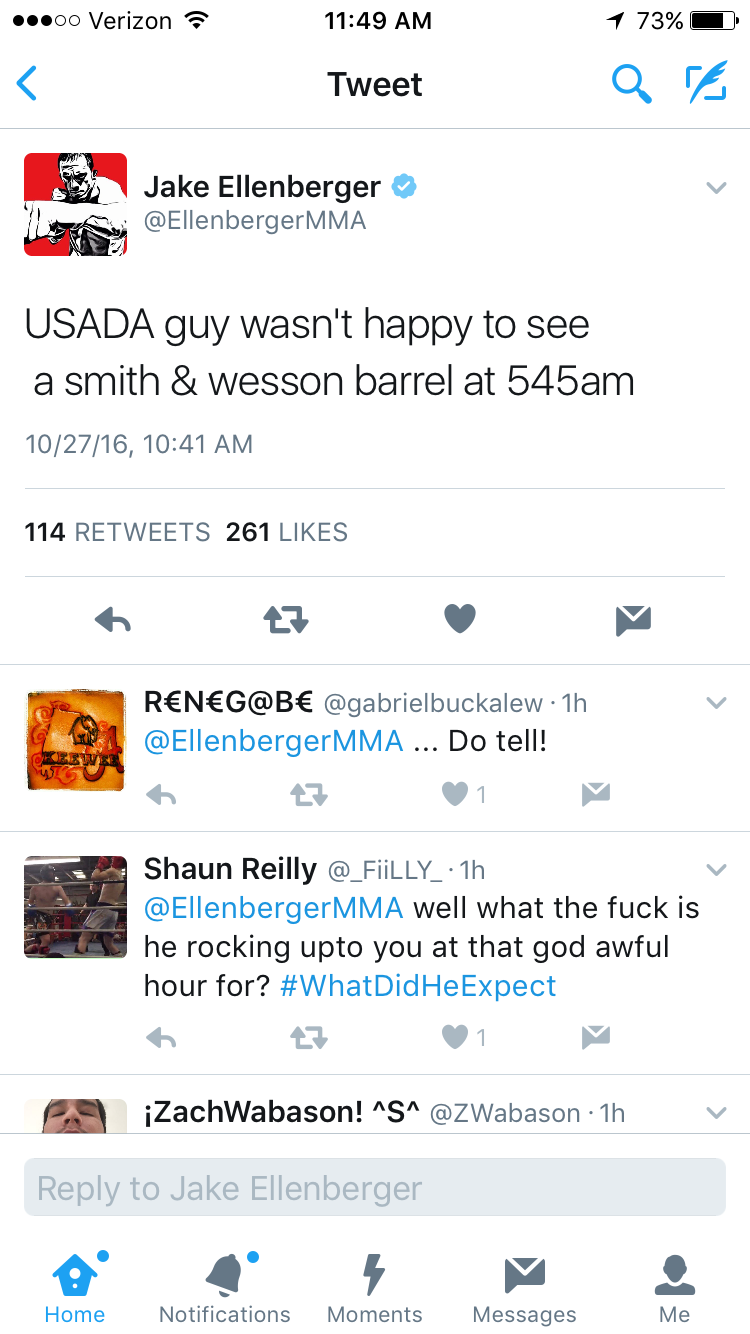 This holiday season if you’re a big Ellenberger fan maybe send him a wireless video doorbell camera and future attempts of potential manslaughter may be avoided?

Myself and @lymangoodmma training like the unnatural beasts we are. #Ufc #Msg #Albany #SteelSharpeningSteel #READY~ pic.twitter.com/zSLjf5s8jx