UFC 256 Continues To Be Ravaged By COVID-19, As Charles Olivera’s Coach Tests Positive

The final pay-per-view of the year has been hit pretty hard by the COVID-19 pandemic. However the troubles have not stopped for UFC 256, as it has lost another fight, as well as a coach.

UFC 256 was originally expected to be headlined by a welterweight title fight between Kamaru Usman and Gilbert Burns. When that did not pan out, bouts between Amanda Nunes and Megan Anderson, as well as Petr Yan and Aljamain Sterling were added to the bill. However both of those fights would be canceled, which resulted in a main event between Deiveson Figueiredo and Brandon Moreno, after both men competed on the previous PPV event.

At the start of fight week, UFC 256 had lost two fights due to positive COVID-19 tests, and had another fight changed. Unfortunately it seems that a fourth bout has been pulled from the card due to another positive test. According to reports, the heavyweight clash between Jared Vanderaa and Serghei Spivac after the former got a positive test result.

I can confirm reports that Jared Vanderaa vs. Sergey Spivak is OFF #UFC256. Vanderaa tested positive for COVID-19, per sources.

This was not the most important matchup on UFC 256 by any means, but it speaks to a larger issue. The card is now down to eleven bouts, without even making it to the weigh-ins. Just last weekend, three fights were canceled on the day of UFC Vegas 16, so hopefully nothing similar happens to this card.

It is not just fighters that are being pulled from UFC 256. Reports have also emerged to reveal that co-main eventer Charles Olivera has lost his head coach, Deigo Lima from his corner for his bout with Tony Ferguson. Again, this was due to a positive COVID-19 test.

“Since I had no symptoms, and at the same time we’re all excited for a fight we asked so much for, we can’t even believe when something like this happens,” Lima told UFC.com. “I did other tests, but they came back positive too, so there was no other way out.”

If there is something positive to take away from this, it is that it seems Charles Olivera himself has not had any issues with positive tests. Hopefully this is the end of the troubles for UFC 256, but things are certainly not trending in a positive direction. 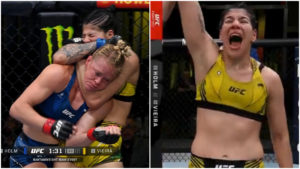 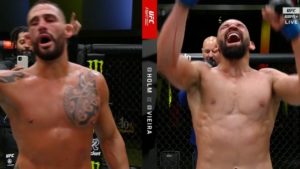 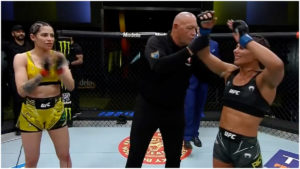