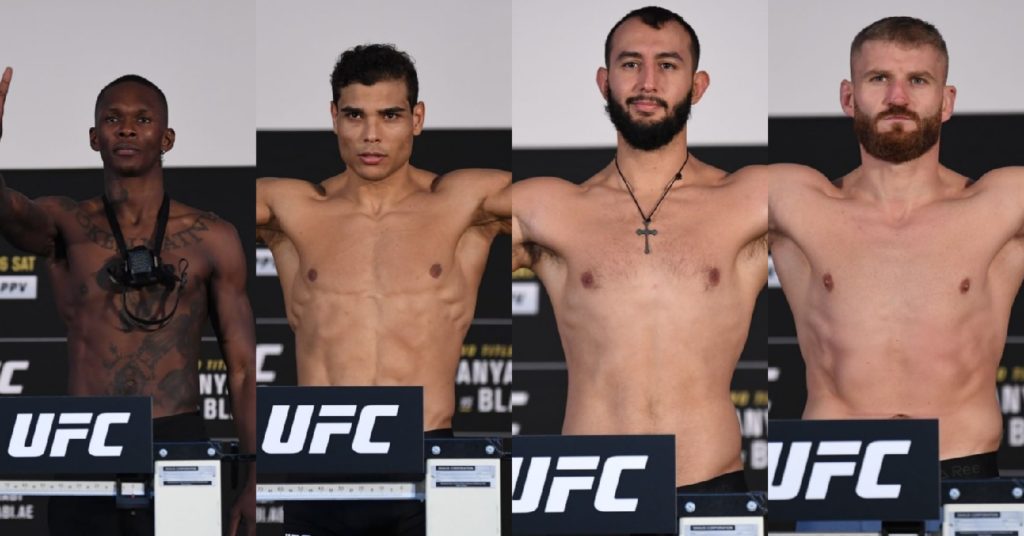 The UFC’s return to Fight Island kicks off this weekend with UFC 253. This is the complete results of Friday’s early weigh-ins.

UFC 253 is the first card to take place in the UFC’s second trip to their facilities on Yas Island. The first round of events on Fight Island delivered some great fights, and this card seems primed to do the same thing. There will be two titles on the line, with the first one being a vacant light heavyweight title fight between Dominick Reyes and Jan Blachowicz, with the winner being the first light heavyweight champ not named Jon Jones or Daniel Cormier in almost a decade. Then the main event sees the highly anticipated middleweight title scrap between champ Israel Adesanya, and challenger Paulo Costa, in what promises to be an exciting matchup.

Before the fighters step foot in the Octagon for UFC 253, they must first make weight. All 22 fighters stepped on the scales, and despite the Brazilian dropping a ton of weight, both Adesanya and Costa, as well as Reyes and Blachowicz, made their respective championship marks. However two fighters did miss weight, as both Zubaira Tukhugov and Ludovit Klein came in four pounds over the limit of each of their featherweight bouts. Each man will be fined a percentage of their fight purses.

Below are the full weigh-in results for UFC 253: