UFC’s May 9th Card Rumored to Take Place in Florida 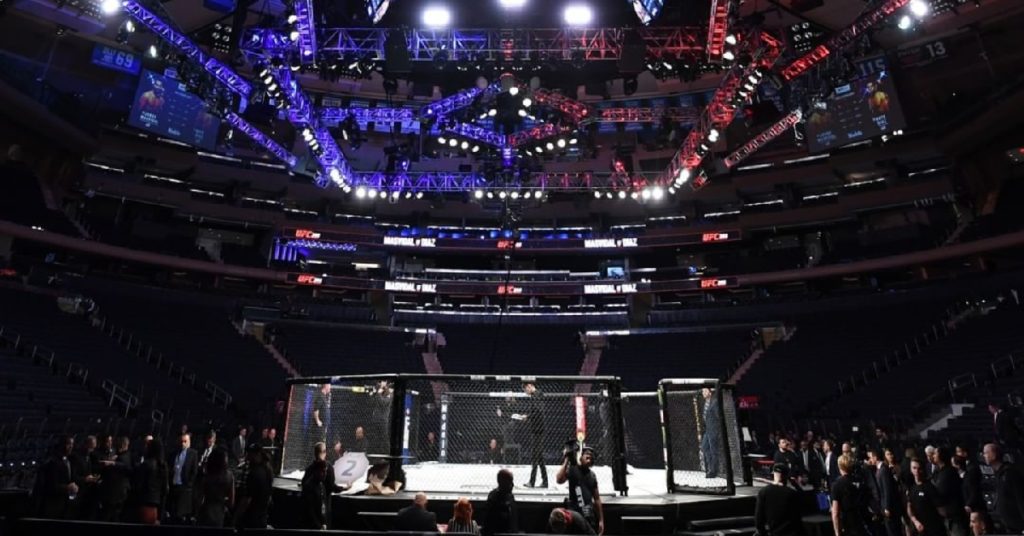 Recently, UFC President Dana White announced that the UFC would hold a mega card on May 9th. Originally, the card was set to feature 3 UFC title fights. However, Amanda Nunes recently dropped out of her fight due to wanting a full training camp. Nonetheless, fans were wondering where the fights would take place. After all, the state of the world due to a global virus has prevented the UFC from securing a venue in the past. But now, the UFC has announced that their May 9th card will take place in Florida.

At first, fans were led to believe that all fights from the promotion going forward would happen in the UFC Apex Facility. White originally stated that the UFC Apex will serve as an in-house mini home arena for the UFC. The building is a state-of-the-art, 130,000 square-foot production facility in Las Vegas, Nevada. Furthermore, the building has more than 50,000 square feet of production space and over 70,000 square feet of office space.

May 9th Card Revealed for Florida

However, Florida recently revealed that in their eyes, the WWE is essential business. So, it seems like mixed martial arts could follow suit with that idealogy. Mike Heck of MMA Fighting broke the news by stating that anonymous insiders tipped them with the news, although it has yet to be made public.

Making the Event Come to Life

They further explained that fighters would report to Jacksonville. However, the exact location of the Florida event has yet to be disclosed or rumored. Furthermore, the report stated that the Florida Athletic Commission is on board with hosting the event. But, only the UFC follows all of the comissions guidelines and assumingly the CDCs.

If all this is true, Dana White was certainly correct. The UFC will be the first sport to return to action admist a global virus. Even if the arena is completely empty like UFC Brasilia.