Michael Chiesa Defeats Carlos Condit Via Kimura In The Second Round!

Chiesa lost his previous two fights. It’s his Welterweight debut. Condit has a score of 0-4 in his last 4 fights. He’ll try to end his cold streak tonight. Mike Beltran is the referee.

Condit goes for a right high kick. Again tries but Chiesa defends, and now fighters are in the clinch, right knee Condit. Chiesa pushes him on the fence.

Chiesa in the full guard, controlling the position. Oh no, Chiesa has his back now, but great counter by Condit. Carlos Condit gets up, fighters in the clinch again, Condit is on the fence at the moment, right knee Michael Chiesa!

Chiesa controls Condit like a pro, trying to transit to a half-guard, and succeeds. But again ends up in the full guard, Condit punches him off the bottom. These hands from Chiesa miss its mark. Oh, two great right punches by Michael Chiesa!

Oh, it looks like Condit goes for a submission! Oh, Condit almost finished Chiesa, but “The Maverick” saves his hand from an armbar, what a submission attempt, and even better submission defense! Condit gets up.

Chiesa controls Condit off the clinch and takes him down again!

Good elbow. Condit rotates, he has a chance for a heel hook, but rotates again and tries to defend. Good elbow to the head from Condit! Oh, Condit grabbed his leg, but Chiesa moves like a pro! Is this a reverse triangle attempt? Wow, what a performance by Condit, the end of the round. I think Chiesa won the first round! 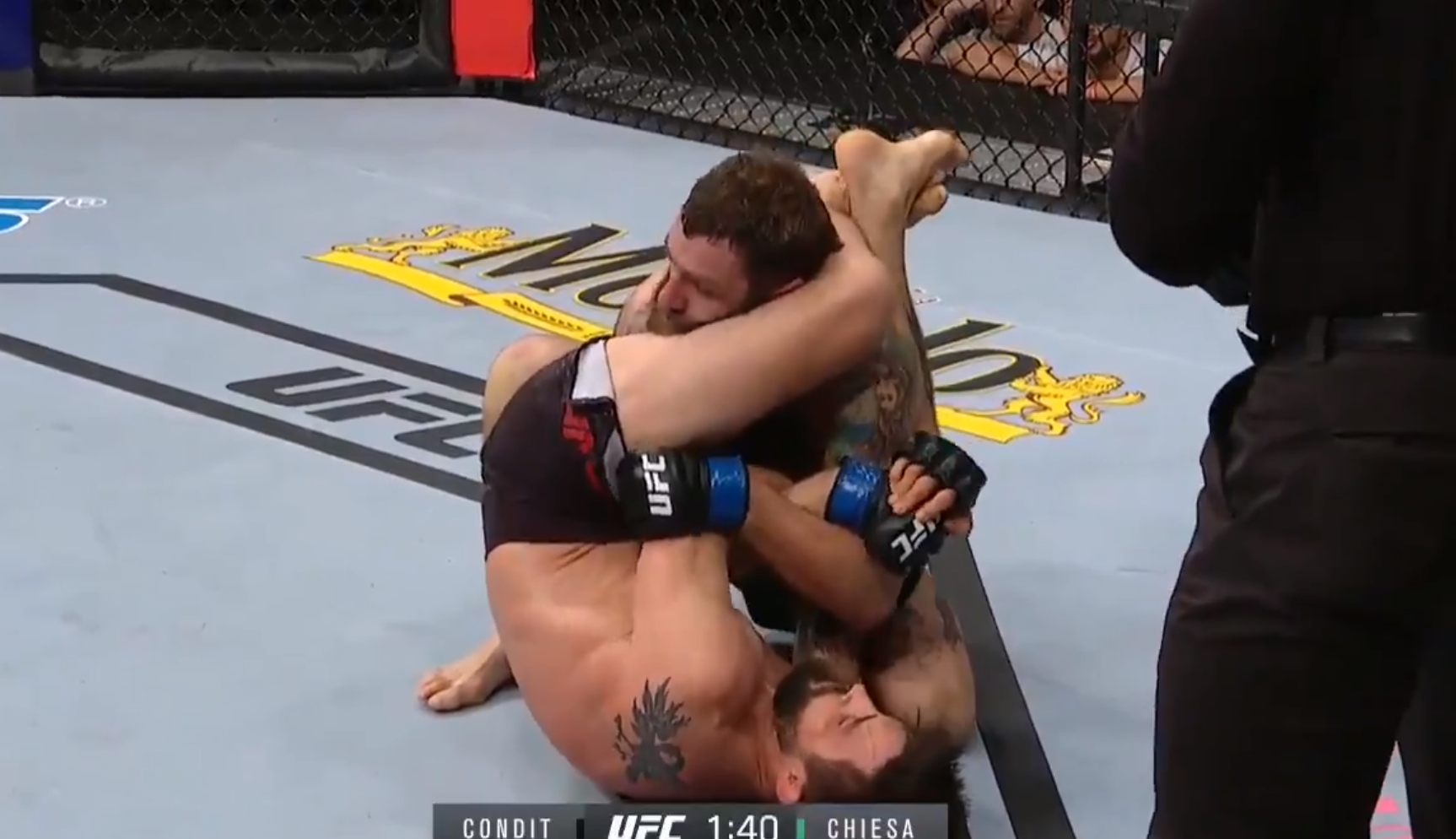 Condit is on the ground again!

Chiesa attacks rival’s thigh with an elbow. Kimura attempt by Michael Chiesa, is he going to finish this one? Yes, Condit taps out, the fight is over!

Condit tries to lock up an arm bar, but Chiesa escapes!#UFC232 pic.twitter.com/qumJjrReou