Tyron Woodley Moves On From Jake Paul, Wants To Fight 4 Times In 2022 Including MMA Return

Tyron Woodley has some big plans lined up for next year.

The former UFC Champion is now a free agent, after being released by the UFC earlier this year. After losing four straight fights to the best in the welterweight division, Woodley would test his hands in another venture. Boxing.

Woodley would cash out big in his first post-UFC fight. However, he was unable to get back in the win column when he faced Jake Paul in a pay-per-view main event last August. He would lose a split decision to the influencer, after nearly finishing the fight in round 4.

The free agent is back to the drawing board.

He is carefully plotting his next steps and what he wants do next in 2022. For Woodley, it looks to be all about activity come next year. His new years resolution will be taking on all sorts of challenges, whether it’s in the ring or the cage.

“Next year, you’re gonna watch me fight 4 times, 4 different promotions, 4 different styles of fighting. I’m gonna be the first one to do it. You’re gonna see everybody else following behind like they always do.”

Woodley has been rumored to be fighting Dan Hardy in March. Per Hardy, ‘The Chosen One’ has been sent a contract to box him in the UK next Spring. However, Woodley has not yet signed the contract.

If the boxing match does happen, boxing will be checked off the list. That leaves in a few more options for Woodley to pursue in combat sports. The heavy-handed fighter could trade gloves for no gloves, as he could possibly enter the BKFC ring at some stage.

To check off another sport, T-Wood could also try Triller’s Triad Combat, which debuted last Saturday. Woodley attended the inaugural event and liked the atmosphere of it all.

Don’t let Woodley competing in different sports fool you, the former UFC Champ wants to go back to his roots in 2022 as well.

“One of them is gonna be in MMA. I’m planning on fighting in MMA in July. Probably (Las) Vegas or something like that.”

Bellator is a good possibility for Woodley’s return for MMA, with many high-profile matchups that are intriguing. PFL isn’t on the table as the season will start off before July. ONE Championship has some potential too, if Woodley wants to go worldwide along with Demetrious Johnson and Eddie Alvarez.

The interest in all of these different challenges would come with Woodley not getting his rematch with Jake Paul. Unable to exact revenge, Woodley is making peace with it. He says he didn’t feel like a loser after the result didn’t go his way.

“Jake Paul is a b*tch. He don’t want to fight… He just didn’t want to fight, he found a way out. They give you a gift and you took it and ran. It’s like that kid on the playground (saying) ‘nana, nana, nana’. Most people who watched the fight felt like I won. I didn’t walk away a loser.” 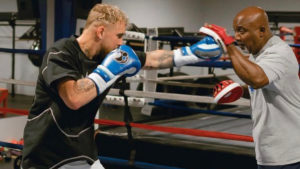 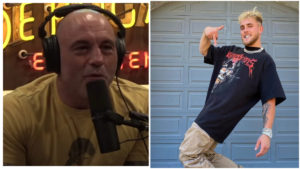 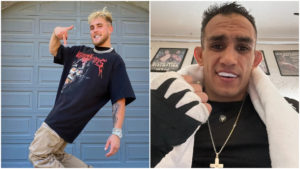