TOPPS and MiddleEasy want to give away an entire box of the new UFC 2012 Knockout cards, and there are FEW strings attached

I’ve been told nothing in life comes for free, but maybe every once in a while you actually don’t have to work for anything and you can just let the good fortune be laid at your feet. Guys, we have had many contests on MiddleEasy, some of which have required a college degree in graphic design, some of which have only required crayons and construction paper. We’ve held contests asking you to scar your bodies for life, and to create your own martial arts techniques. Time and time again, you fantastic and clever readers of MiddleEasy.com have delivered the goods. Now we’ve partnered with TOPPS for a giveaway to pay you guys back, you beautiful people you.

Don’t think I haven’t read the comment sections, you guys wanted a contest for the non-artistically, non grappling inclined. Well we have this entire box of the brand new UFC TOPPS cards to give away. Before I tell you what the contest is, let me motion to a nonexistent part of a stage in my apartment while I tell you what’s in the box:

Inside each box you will get either an autographed relic, autograph or relic card in every pack, ‘Triple Threads autographs’, Sick sigs book cards featuring six autographs and on-card silver Full Contact Autographs. You will also be some of the first people on the planet to get the Fist-ograph box toppers. The Fist-ograph is a randomly inserted over-sized bonus card which includes a fist print and an autograph from the featured fighter.

This retails for anywhere between one hundred and sixty to two hundred United States dollars. These things are already selling out all over the place, including Amazon and everywhere else I looked.

Now what’s the catch you ask? What do you have to do to get this entire factory sealed box of the 2012 TOPPS UFC Knockout cards?

Tell us in the comment section why you deserve them.

Pretty simple huh? You guys are so clever and hilarious and great we had to create an entire awards show around you, so we are sure you can handle this. Type comments, post a video you made, beg, plea, tell a joke…Maybe tell us how awesome we are or tell a heartwarming tale about the Garbage Pail kids. It’s up to you. The registered MiddleEasy reader who we deem most fit to receive this incredibly rare and baller by definition box of collectible cards will have them in their mail via the increasingly unreliable United States Postal Service.

Look at the box. Glorious. 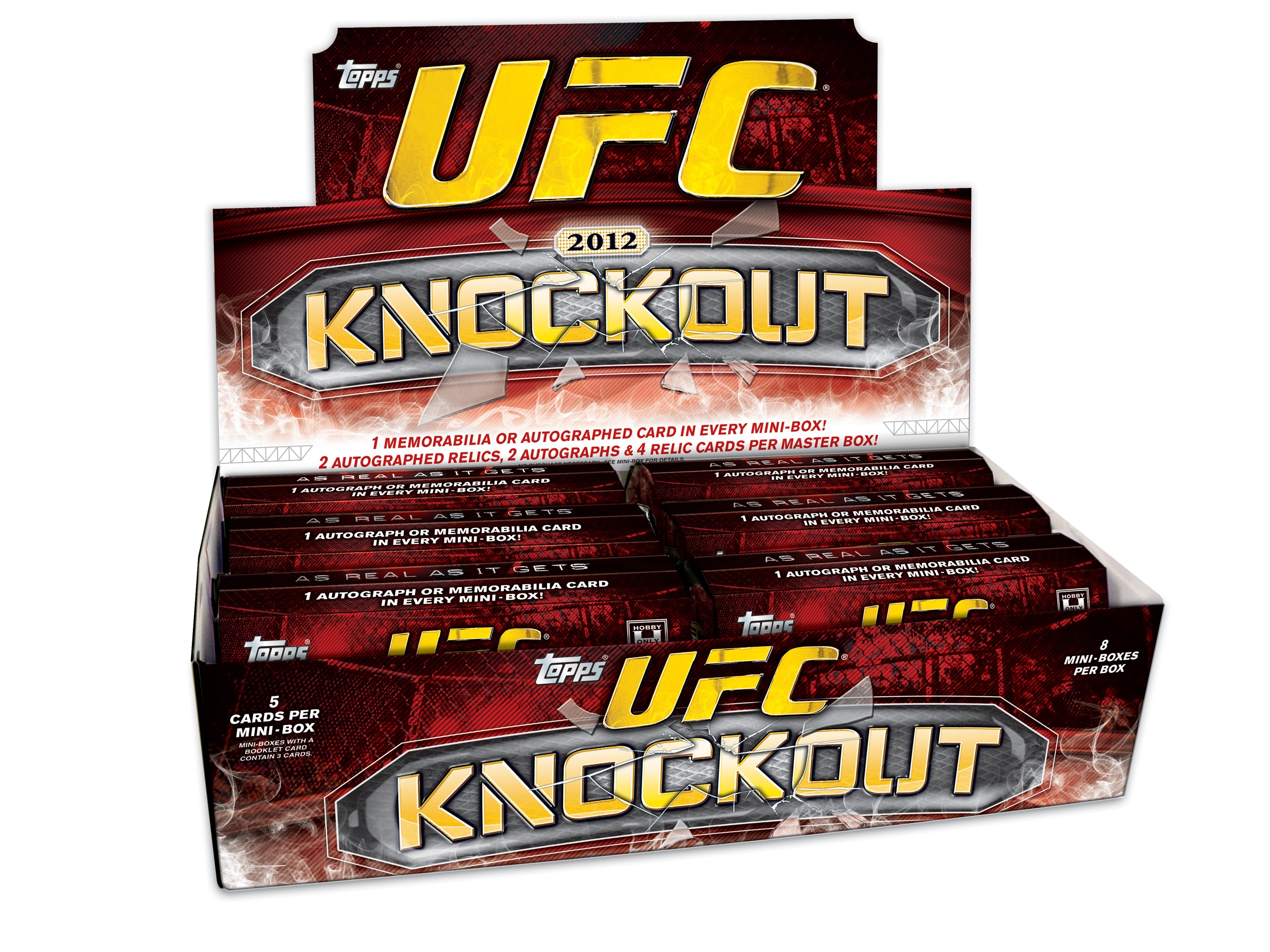 This contest is for people living in the continental United States and you must be a registered member of MiddleEasy.com. My registered username for the MiddleEasy forums is ‘Jay’ so check back frequently, as I will post under your submission in the comment section if you won. This contest closes Tuesday night at 9pm CST.

Good luck and God bless all of you.