TJ Dillashaw: ‘I’m Ready To Go Straight For The Belt’ And Petr Yan ‘Wants It’ Too

It has been more than two years since the last time TJ Dillashaw stepped foot inside the UFC’s Octagon. Now, as he prepares for his comeback, he stakes his claim for an immediate title shot.

Former bantamweight champion Dillashaw has not competed since he lost to Henry Cejudo in a bid to become a coveted champ-champ. This is due to the fact that, following the fight, he tested positive for EPO and was suspended for two years by USADA.

This suspension ended last month, and since then, fans have been waiting to hear who TJ will return against. In spite of the controversy surrounding his suspension, there is a portion of the fanbase who is excited for his return.

With TJ Dillashaw set to return to action, some have wondered if he will get an immediate title shot, as he was bantamweight champ when he was suspended. This has even been a point of contention among other contenders in the division.

Speaking in a recent interview, TJ made it clear that he was absolutely down to get an immediate crack at Petr Yan, after his upcoming title defense against Aljamain Sterling. In fact, he believes this is something that the champ wants too, in order to prove himself.

“I’m ready to go straight for the belt, if that’s the opportunity that comes at me because I know Yan wants it.” Dillashaw said (h/t MMAJunkie).

“He’s already been vocally talking about it and we’ll see what happens on March 6 when he fights Sterling. He’s got a tough test ahead of him, but that’s the fight he wants.

“I didn’t leave this sport by losing my belt. He knows there’s a lot of speculation if he’s the real champ because he hasn’t beaten the champion to get that belt, so he wants it. As well as that, I’m the biggest draw for him right now to try to fight.”

“Maybe he’s thinking me coming back for my first fight might be the best time to catch me as well, too. To try and catch me slipping. But I mean, that’s what I want,” Dillashaw added.

“The ultimate goal for me is to be the champion. The greatest things come to you when you’re champion, the goal is to be champion, so why not get out there and get it done.”

That said, TJ Dillashaw is smart enough to understand that an immediate shot at the title may not be a realistic possibility. If that does not come together, he would be up for a fight with one of the other top five contenders at 135lb.

“Every person that’s called me out, I’ve said yes to the UFC, so that’s just showing them that I’m eager to get back in there. So it doesn’t really matter as long as it’s someone that’s at the top of the game, because I’m gonna climb up and get that belt back fast.”

Who would you like to see TJ Dillashaw face in his return to the Octagon? Should he get an immediate shot at the title, or should he have to face a top five fighter first? 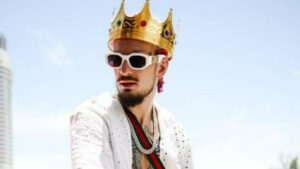 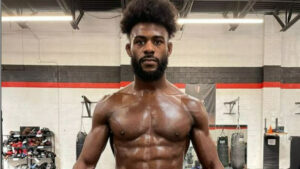