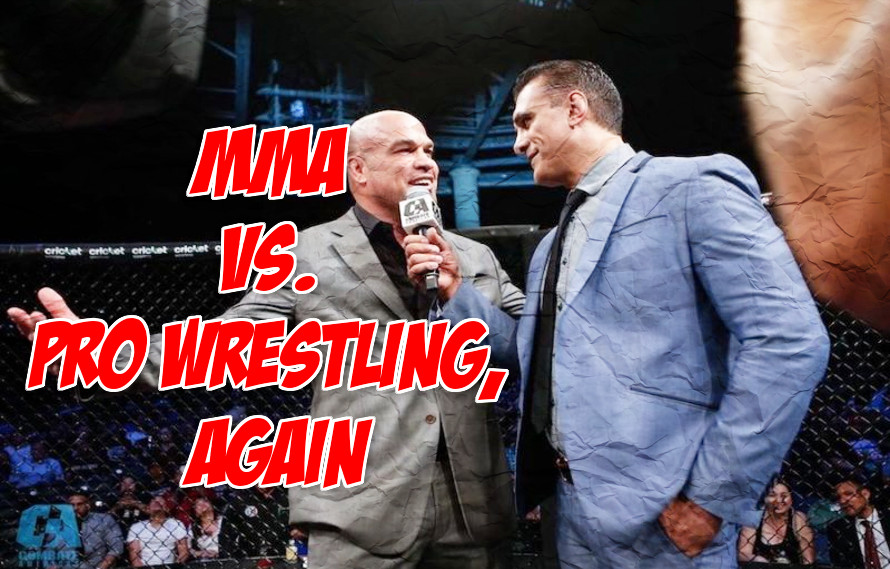 Wonderful news. A former UFC champion versus a former WWE champion is happening in MMA. Combate Americas made Tito Ortiz versus Alberto Del Rio and MiddleEasy is shook.

Combate Americas just hit a killer crossover on UFC, Bellator, and maybe even ONE Championship for getting this fight done. It’s 2019 and Tito Freaking Ortiz is going to get to punch a former WWE star in the face.

WWE invested a lot of money in Del Rio when he signed with the pro wrestling promotion. Now ADR is going to fight Ortiz in a cage? Possibly in Mexico, Spain, or the USA? What a great story arc for Del Rio here.

Let the world not forget, Del Rio is a nine year MMA pro. Just don’t look up the last time he fought as a pro. Nothing to see here. The sport or the world around us really hasn’t changed that much since 2010.

Then there is Tito. When MMA fans last saw Ortiz, he was punching on a zombie version of Chuck Liddell. It was extremely depressing and Ortiz hung out with Oscar Del Hoya a lot. Things were weird. It got weird. Ortiz retired after the fight which was the only thing that wasn’t weird.

The 44-year-old Ortiz is now back in the MMA game and recently signed a deal to fight for Combate Americas. During a recent interview Combate Americas founder and CEO Campbell McLaren confirmed Ortiz will take on Del Rio later in the year.

Give me your tired, your poor, your huddled masses yearning for pro wrestling versus MMA freak show fights. The MMA world needs all of that and Tito Ortiz vs. Alberto Del Rio ASAP.