Tim Kennedy says every middleweight in Strikeforce is ducking him

There is a large portion of Tim Kennedy’s life that is classified. Only Tim and a few men in a bunker in Washington know the ex-Green Beret’s most momentous accomplishments. If we ever pull a Mission Impossible-esque heist and get our hands on the files detailing Tim Kennedy’s past life as a special forces operator, it will have lines edited out via a Magic Marker. If the military is just going to fragment the information anyway then why even type up the piece of paper? These are questions that need to be asked of our government. How many Sharpies do the taxpayers need to buy to keep them satisfied with redundant censoring? Just whisper your orders into their ear and be on your way. When the debriefing needs to happen just do the upwards nod to your superior to confirm the kill. I’m sure if we ever saw those official numbers on our magic marker budget we would be outraged. Just as outraged as Tim Kennedy is right this second. Kennedy recently claimed in an interview yesterday with MMAFA.tv that the Strikeforce middleweight division is collectively ducking him.

“My coaches and I sat down to see if there was any way we could have gotten him to fight more. There’s not much we could have done differently; we out-punched, out-kicked, out-kneed him, took him down more. Unless I was Nick or Nate Diaz and taunted him in the ring, and that’s not my style nor would I ever do that, there was no way to get him to actually ‘fight’ me in there.”

“It’s absolutely atrocious. Strikeforce approached me for the December and January card. I said, ‘definitely, just give me a name and I’ll take the fight.’ Benji Radach was the name, I said yes. Then they tell me he doesn’t want to fight me. Joey Villasenor was another name, but I understand him saying no because we trained at Jackson’s [Gym] together. Matt Lindland was another guy who said no. Robbie Lawler has turned me down three or maybe four times. They asked Melvin Manhoef to fight me and he said ‘[expletive] no.’”

“I’m super frustrated with it. This is a pugilistic sport, is it not? It is the nature of the sport to fight each other, but nobody wants to fight me. Do I say, ‘Screw it, give me my uniform back, give me my long gun back and I’ll go back on the sniper range’? Or do I keep waiting these guys out until, in a battle of attrition, somebody gives up and says ‘Tim is the only guy who I can fight, so I’ll take that’?”

“We’ve been talking about it. Jason [Miller] and I have always known that it will eventually come because it is a quick essential Mixed Martial Arts fight: two guys who are amazing on the ground, who are great wrestlers with good hands who have been in the sport for a long time and are fearless. We go out there to ‘fight,’ not try to counter-punch our way to a five-round decision like Jacare did.”

Props to Mayhem Miller for wanting to fight a dude who used to run towards gunfire and has been in 30-hour long gunfights. [Source]

Update: Moments after we tweeted (twatted?) this article out, Phil Baroni responded with this: 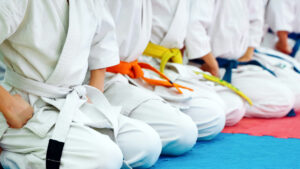 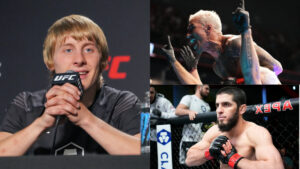 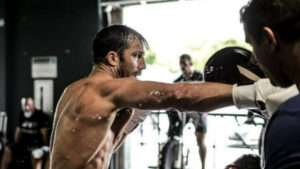 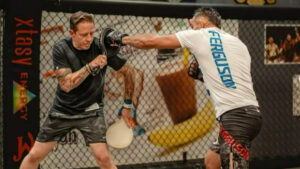