Darren Till might be in Mike Perry's corner for his next fight. The Liverpool native would pay up to $5K for this honor. 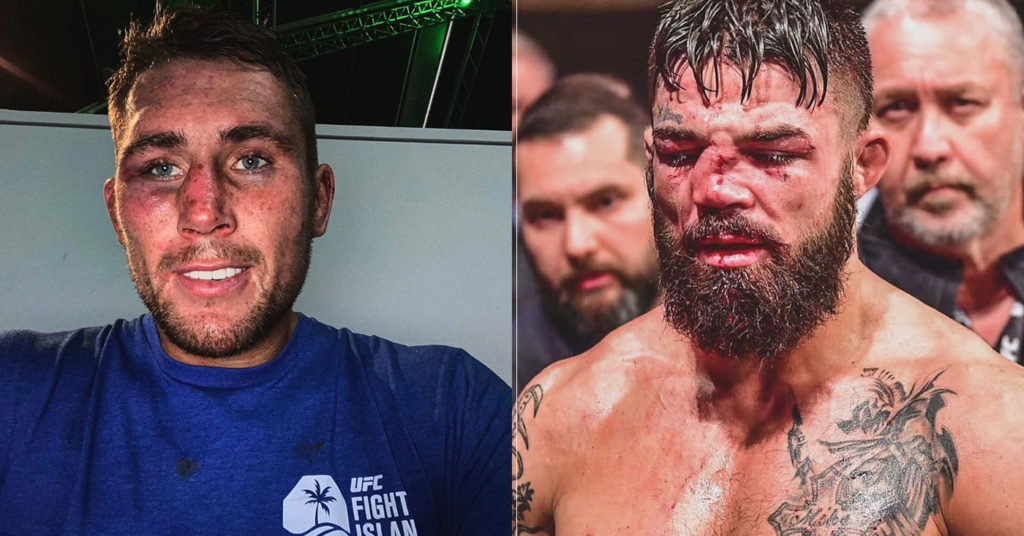 The witty feud between Darren Till and Mike Perry keeps going strong, and MMA fans love it.

On Sunday, UFC welterweight Contender Mike Perry (14-6) published a rather surprising message on Twitter. Perry started a bid for a place in his corner at UFC 255 against Robbie Lawler.

Whoever gives me the most money can be in my corner with @latory_g ,…

Many MMA fans took notice of that tweet and apparently Darren Till did too. He later posted a message on Instagram saying that he would like to corner Perry and would be willing to pay $5,000.

“I will pay 5k? Someone tag Perry for me please because I’m still blocked, but I’m deadly serious.”

This is not the first time that these two have been involved in this kind of banter. The two men have had some sort of rivalry dating back to a funny misunderstanding in 2018 that led to a sparring match. Many fans thought that a fight between the two men could be possible but with Till’s move to middleweight, it doesn’t look likely.

That however hasn’t diffused the beef. After Till trolled Perry by creating a website named “Mikeperryisabum.com”, Perry who didn’t like the joke promised he would fight Till in the streets if he saw him. Following this back and forth, Till did mention that he actually like Perry and wished to end their grudge. He wished him luck for his fight against Mickey Gall. If Till is really serious about cornering Perry and Perry accepts his offer, a genuine friendship might come out of this rivalry.