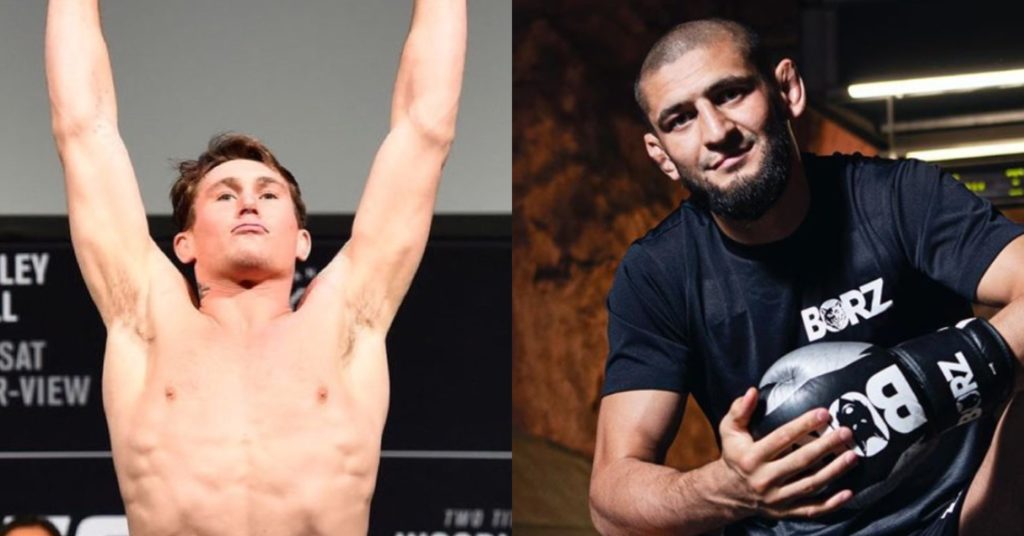 Darren Till has offered to step up and become the first ranked opponent Khamzat Chimaev faces in the UFC.

Chimaev — who has been on a 3-0 tear since debuting for the UFC in July — has been struggling to land a ranked opponent in recent weeks. Most recently, “The Wolf” revealed that he was turned down by the likes of Stephen Thompson and Chris Weidman. For many ranked fighters, there is no appeal or reward in facing an unranked fighter such as Chimaev.

However, as far as Till is concerned, the rankings don’t matter as he reached out to Chimaev and offered to fight him after his next fight if he was still struggling to land an opponent.

“Rankings have never mattered in the @Ufc @KChimaev after I destroy jack in December, if you are still struggling to get a match. I’ll give you a go at the big boys son!!! 🦍”

Rankings have never mattered in the @Ufc@KChimaev after I destroy jack in December, if you are still struggling to get a match.
I’ll give you a go at the big boys son!!!
🦍

A Till vs. Chimaev matchup would certainly be an intriguing one as the former would undoubtedly be the highest-level opponent for the latter yet.

However, as mentioned by the Liverpool native, he has to first get past Jack Hermansson who he faces in a middleweight bout in a UFC Fight Night headliner on December 5.

Till is coming off a unanimous decision defeat to former champion Robert Whittaker and is 1-1 overall since moving up to the middleweight division last year.