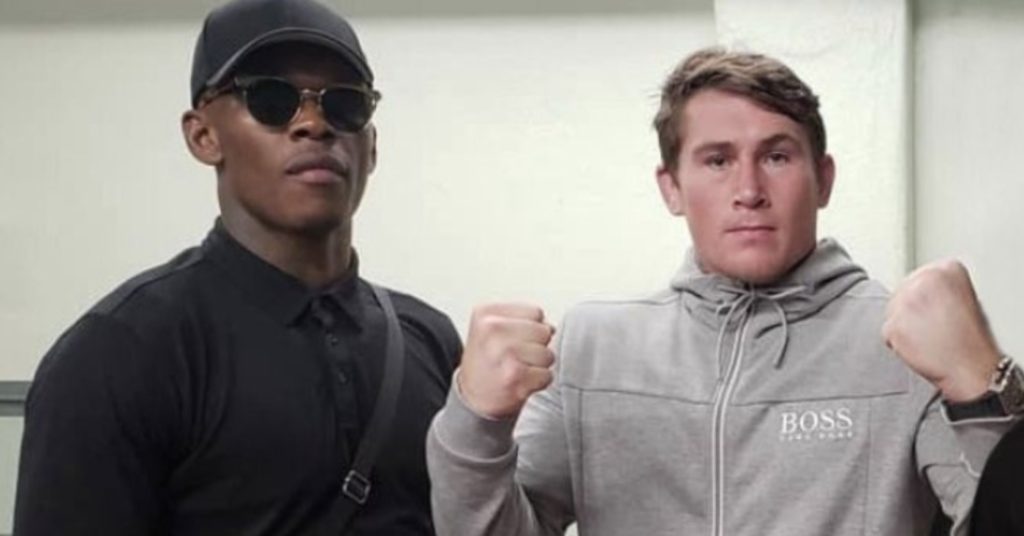 Till Wants In On TUF Return

With UFC president Dana White recently confirming that The Ultimate Fighter would be making a return, middleweight contender Darren Till decided to shoot his shot.

On Wednesday, “The Gorilla” called for himself to be a coach on the show and wanted to do it opposite current middleweight king Israel Adesanya.

“The Ultimate Fighter being brought back means only one thing…
Me X Adelasagne TUF coaches.”

The Ultimate Fighter being brought back means only one thing…
Me X Adelasagne TUF coaches.

Given the banter between the pair as well as both fighters being some of the most popular in the promotion, it certainly wouldn’t be a bad idea and would ideally draw ratings.

However, the timing isn’t right.

Adesanya is expected to defend his title against Paulo Costa next and the two of them are actually among White’s considerations for coaches.

As for Till, he is slated to face Robert Whittaker at UFC Dublin which takes place August 15. Although nobody knows what the situation of the card will be at the time amid the ongoing COVID-19 pandemic, that fight is still on as of now.

More than anything, “The Last Stylebender” isn’t reciprocative to the idea.

Maybe a future season of The Ultimate Fighter could see Adesanya and Till be opposing coaches.