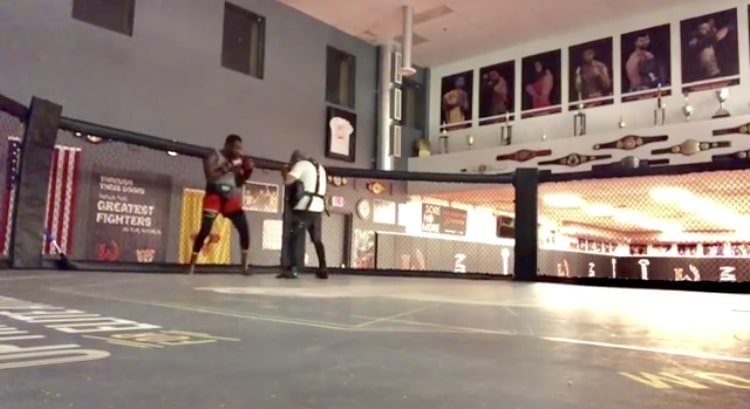 Look Jon Jones made his bed and now he has to lie in it. Actually Bones made his bed, laid in it with his shoes on, messed up making it, tossed the covers into the ceiling fan and is currently laying on the floor wondering where it all went wrong.

Jon Jones blew it. Bones Jones messed up. Jones fucked up over and over again.

Sucks for Bones. Sucks for the UFC. Sucks for fans and even his haters. Possibly the greatest singular talent in MMA history can’t get out of his own way. Everboyd loses, expect for Jones when he’s in the cage.

Now Jones hangs out at Jackson’s MMA after midnight and trains in virtual solitude. No light heavyweight title defenses, No heavyweight super-fights. No legacy making. The MMA world gets nothing from Jon Jones and has to like.

With the lazy kick at the end. Nice midnight flow with my buddy Aaron @jacksonwink_mma

A Lesson in Street MMA: Rumble in the Bodega is our new favorite fight promotion
Read Next Post →
Click here to cancel reply.