This post-fight pic of Royce Gracie, Patricio Freire and baby Pitbull may be one of MMA’s best photos

Locked in a 2-1 lead in the series, Pitbull once got the best of Straus and maybe scored the most definitive win of the rivalry. After a mean second round standing guillotine choke, Freire got the Bellator 145 pound title wrapped around his waist by UFC Legend Royce Gracie and while the Brazilian flag was draped over his shoulders the new champ was handed his baby.

A Hall of Famer, new champion, father, son, Brazilian pride, and title belt may have just made for one of the best snapshots in the history of MMA. 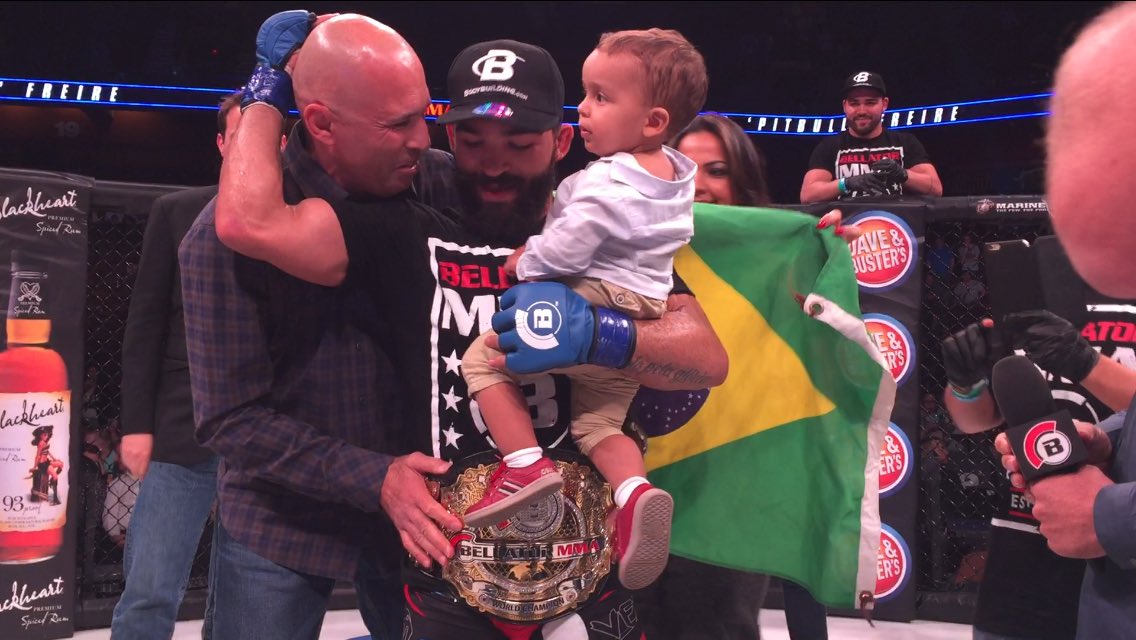