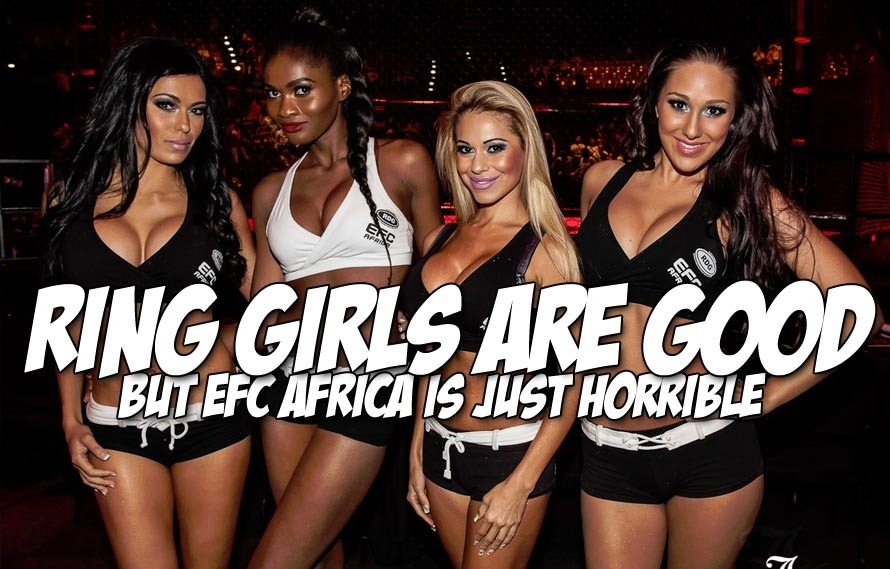 We’ve been intrigued by this promotion coming out of Africa called EFC — and it all stems from Halo 2. According to the game, sometime in the far future a megalithic city emerges somewhere in Africa called New Mombasa. Eventually it gets attacked by aliens known as The Covenant and humanity has to rally to exterminate this extraterrestrial threat. The fact that I could retell the synopsis of a storyline from a videogame just illustrates the type of social life I have. However, I’ve always envisioned that EFC Africa would somehow ignite the beginning of this fictional city known as New Mombasa. Unfortunately it looks like the promotion is just leading the world in gross MMA and horrible stoppages.

Earlier today, EFC Africa 28 was held in Johannesburg, South Africa and it featured Christophe Walravens hitting Bernado Mikixi in the back of the head an insane amount of times while the ref did nothing. Keep in mind this comes just a few weeks after Booto Guylain died of injuries sustained in EFC Africa’s previous card.

However maybe I’m just overreacting — have a look. Props to afrontkicktotheface for the +100 news tip.

This Mike Tyson x Balrog mash-up highlight is all you need in your life
Read Next Post →
Click here to cancel reply.