This is what FightMetric statistically said about Jon Jones vs. Alexander Gustafsson

The only opinion from UFC 165’s Jones vs. Gustafsson that I feel comfortable disputing is the judge that scored it 49-46 in favor of Jon Jones needs to reevaluate his/her life.

I’ve read your comments from last night’s fight and all of you have a valid point. It’s hard to necessarily discern what happened last night at UFC 165 aside from the fact that it was the greatest fight of 2013. You have to admit, after that first round when Gustafsson was putting hands on Jones, you immediately positioned your butt to the edge of your seat and remained their the entire duration of the fight.

If Gustafsson would have squeaked out the decision, the same amount of people would be vehemently disputing the decision. A draw may have been appropriate, but I’m not sure how if judges even understand the concept of a 10-10 round.

After crashing for hours after the fight, FightMetric has finally produced the statistical results of last night’s main event and it appears to be as razor thin of a win for Jones as you thought it was. 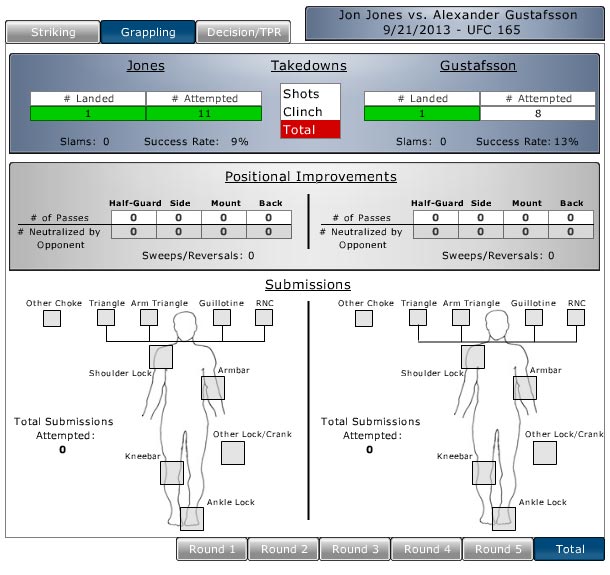 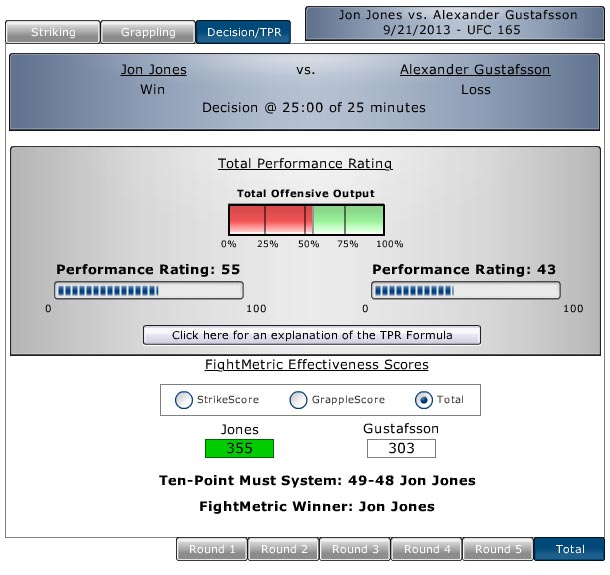