This guy claims the UFC stole his octagon idea, and he has evidence…

Last week I received an email from Greg Patschull, a guy that wanted to introduce me to his new MMA product, a clothing line of Hawaiian surfer ‘creatures’ that also double as MMA fighters. At the end of the email, he included a link with the words ‘I am the originator of the Octagon and have the copyright.’ Naturally, my BS meter nearly exploded into a cloud of machinery and glass when I read this, so I immediately sent him an email simply asking if he could provide some proof of this seemingly wild accusation.

Within less than an hour, Greg sent over a clipping from a newspaper dated February 19th 1993 of his mixed martial arts show entitled ‘Cage of Rage.’ The newspaper stated the event will take place in ‘a chain-link cage in the shape of a 24-foot-wide octagon, topped with a row of curved spikes.’ 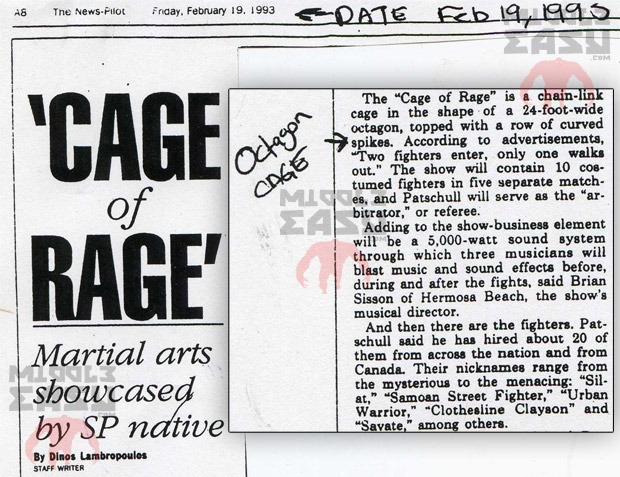 Greg included a picture of the construction of the octagon for ‘Cage of Rage’ which he claims dates back to 1992. If this picture is valid, it would obviously place the idea of the octagon several months before UFC’s debut on November 12th 1993. According to Patschull, his ‘Cage of Rage’ event took place on February of 1993 using this same octagon. 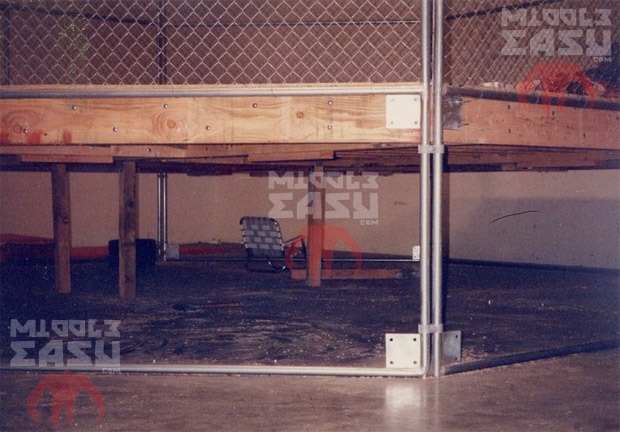 Greg Patschull also included this picture of what he described as a ‘toy model’ of the octagon for ‘Cage of Rage’, which was created in 1992. 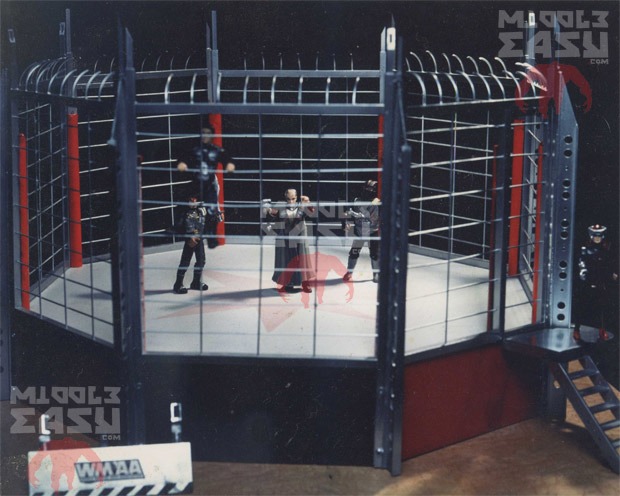 According to Patschull, the UFC is aware of his trademark and when the makers of the 2006 MMA film, Maximum Cage Fighting used an octagon in the movie, the UFC allegedly threatened the producers of the film but then ‘backed off’ when they were informed it was modeled after Patschull’s Octagon.

Now any responsible journalist would follow up with ZUFFA in order to validate Patschull’s octagon claims, but I’m not that guy. I spend my free time photoshopping the heads of fighters on the bodies of hot Eastern European models. From my conversations with Greg Patschull, it seems that’s he’s not going to legally pursue ZUFFA (granted, I’m not even sure that he has grounds to) but instead, he just wants to be recognized as the true originator of the octagon in mixed martial arts.

Superkombat's November is shaping up to be awesome
← Read Last Post