The World’s Strongest Man is now in MMA 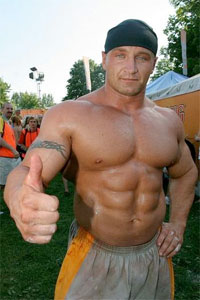 The World’s Strongest Man competition is the only place where it’s socially acceptable to move a car with your arms that you don’t own. I don’t think that would fly anywhere else unless you’ve exposed to gamma radiation, in which case…it’s cool. The only cars I’ve moved with my arms were a handful of micro machines from my friend’s closet in 4th grade as payback for him ripping my 1991 Silver Surfer Marvel Hologram Card. I’ve never forgiven him to this day and he still doesn’t know about his micro machines (and will never know, because he’s dead. Seriously).

I’m pretty sure everyone remembers Mariusz Pudzianowski, Polish dude, muscles bigger than industrial sized toasters. Well he’s officially the World’s Strongest Man, he even has the trophies to prove it. Apparently moving huge cinder blocks, lifting trucks filled with massive iron kegs and pulling gravity towards the earth seemed monotonous (big word alert) so Mariusz is going to throw some gloves on and deliver beatings by the official hands of The World’s Strongest Man.

Imagine being on the opposite end of the cage from someone universally recognized as ‘The World’s Strongest’. Yeah, imagine that…four seconds. [Source] 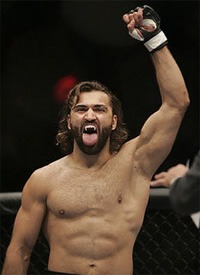