If Anderson Silva chose to leave the world of MMA in 2003, it would have been impossible for Chael Sonnen to say ‘Ed, pray to whatever Demon effigy you prance and dance in front of with your piglet tribe of savages that I decide not to CRUCIFY you.’ Nor would he make the statement of ‘I’m gonna leave Anderson Silva as horizontal as I left Suge Knight about 6 months ago in front of TAO.’ Fighters Only translated an excerpt from Big Nog’s MMA column in ‘Journal Extra’ about the time when Anderson Silva tried to bum cash off him in order to leave MMA and open up a car wash.

“In 2003, then unknown Anderson Silva visited a gym that I own in Curitiba. In the fight world, Anderson already had certain name, had fought in Brazil and Japan but wasn’t going on a good moment in the career. He had left Chute Boxe – where Mauricio Shogun and Wanderlei Silva were revealed for MMA – and was very disappointed with the sport,”

“Anderson was received in the academy by cousin Marcio Mamá. The Spider said he enjoyed a lot my fights in Pride, main MMA promotion of that epoch, and spoke openly about his desillusion, the wish of giving up fighting professionally and about his financial setbacks. He even speculated the possibility of asking me money borrowed to run a car-wash in the suburg of Curitiba.”

“When I knew about Anderson’s visit and his plan of leaving the sport, I reacted immediately. I called my cousin and told him that we wouldn’t permit that Anderson changed his dream for a car-wash. I invited him to train with me in Rio de Janeiro and the rest of the history we already know, the guy turned out a legend.”

Where’s your liquid soap primer at now, playboy? Now nearly ten years later, Silva has billionaires buying him freshly cleaned cars that cost six-figures. Life, funny how it all works out. Check out this picture from SporTV of Lorenzo and Dana admiring the car they just purchased for the GOAT. 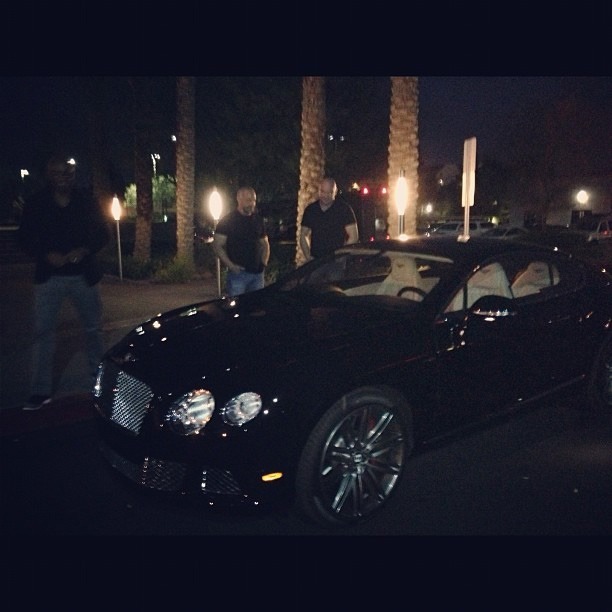 In a few years, this 13-year-old will be the next UFC champion
← Read Last Post

There you have it, Georges St. Pierre vs. Nick Diaz according to Dana White
Read Next Post →
Click here to cancel reply.