Jake Shields is kind of like the kid that sat at the head of the lunch table and commanded an amazing amount of respect just on the fact that he could so obviously slap you in the face, that it’s borderline hilarious. In this example, anything that would be consumed by Jake Shields at the previously mentioned lunch table would meet all the prerequisites of a vegetarian cuisine. Actually, Jake Shields was home schooled until junior high, so that example would only work in high school, at an establishment that served a vegetarian alternate to midday lunches. My god this incredibly declining relevance of this ‘lunch table’ example.

The UFC 129 pre-fight presser just wrapped up and, as usual, ZUFFA sends all media outlets a potpourri of promotional material, however this time, they released the UFC 129 poster that we all thought we would never see. Jake Shields vs. Georges St. Pierre for the UFC welterweight title, a fight that was impossible to assemble just a year ago. 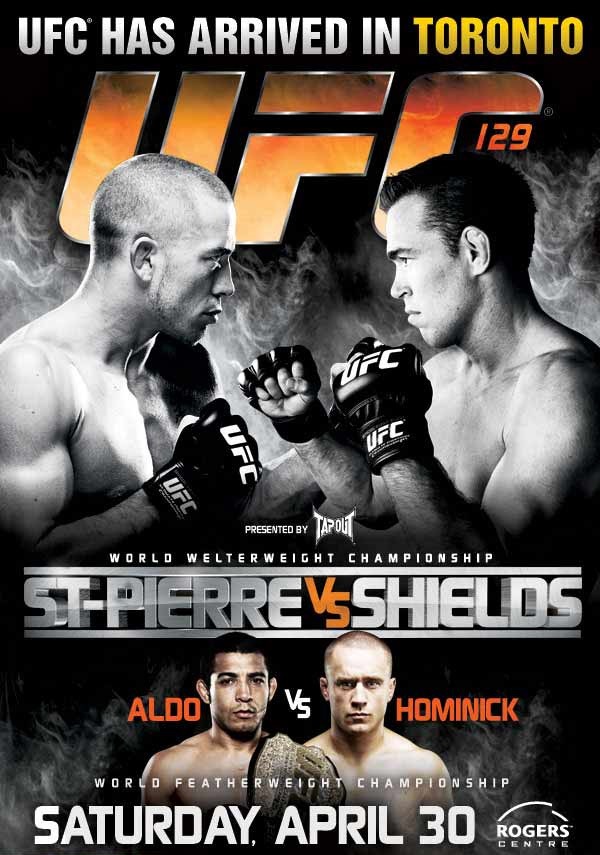 Mike Brown says if he loses his next fight, he may quit MMA
← Read Last Post

Vitor Belfort says he was winning his UFC 126 fight against Anderson Silva
Read Next Post →
Click here to cancel reply.