By this time next week, the MMA world will have the outcome of Nate Diaz’s first UFC lightweight title fight — and judging by @LayzieTheSavage‘s Twitter account, we may have to put him on suicide watch if the 209 is unsuccessful. As for myself, I’ll be in a different country when the UFC on FOX scrap goes down. However with the powers of legal streaming (Slingbox), I will be able to watch potentially the card of the year. Now on to the Rumor Mill. 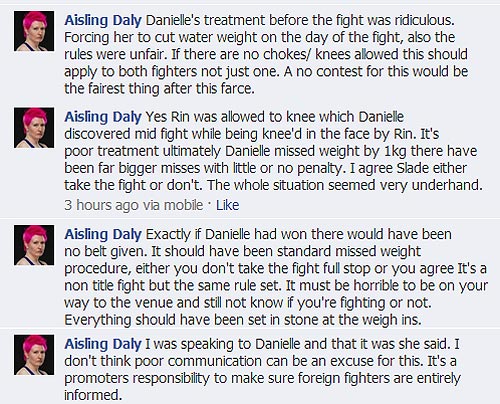 Here’s more from Japan’s Celine Haga. Put your reading glasses on for this one:

What the heck is this Dana White photo doing on your computer monitor?
Read Next Post →
Click here to cancel reply.