Now that Brocktober is finally over, we can transition to Novembereem. Granted, the K-1 GP continues at the end of October, but Novembereem is too incredible of a name not to use. Well, you all witnessed it. Brock Lesnar now has a record of 5-2. You would think that after such a monumental night, this week’s Sunday Morning Rumor Mill would be overflowing with alleged items — but it’s not. We have a few good ones, but that’s really it. Enjoy. 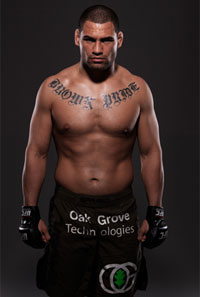