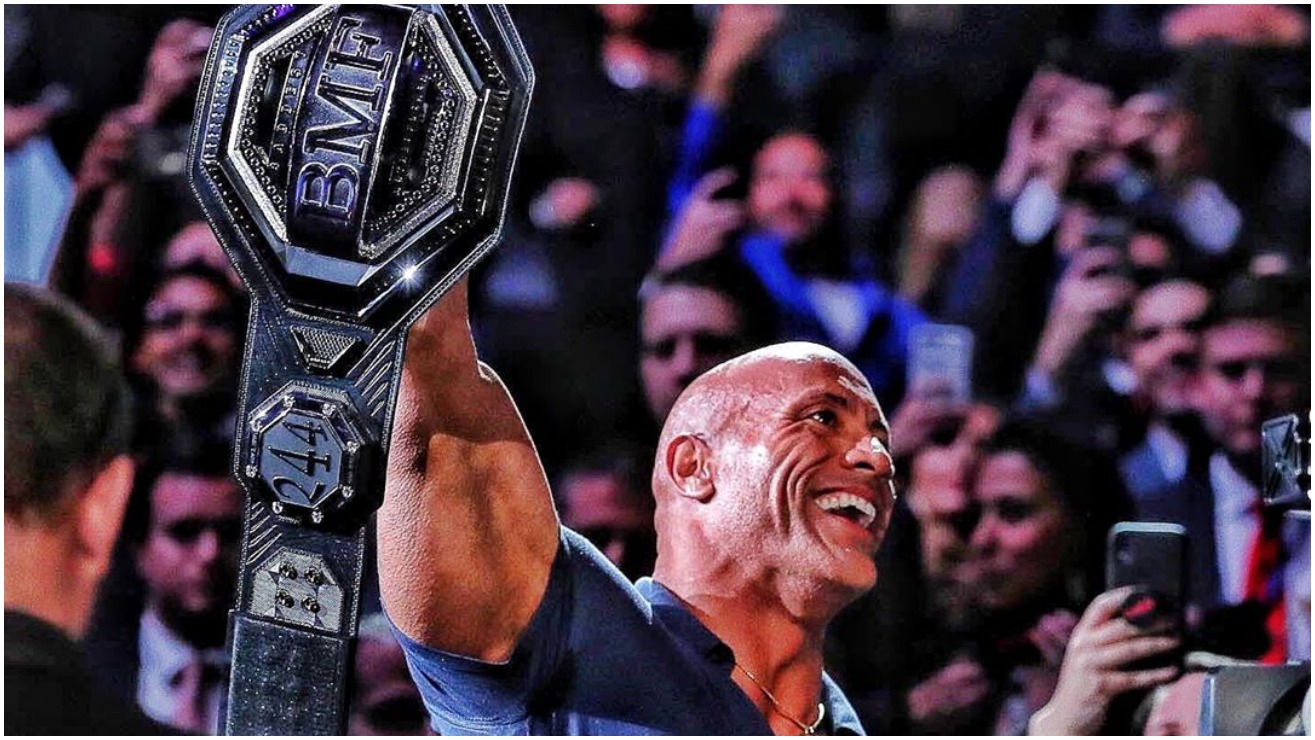 UFC 244 was one of the most electrifying moments in sports-entertainment history. Part of that was due to the massive star power of both Nate Diaz and Jorge Masvidal. The other part was due to the presence of Dwyane “The Rock” Johnson, who is one of the most famous people to ever live. Once The Rock notified the MMA world that he would love to put the title around the winner of the ‘BMF’ main event, the stacked card became even more magnifying. After the card finished, Rocky took a moment to reflect on the monumental event.

After UFC 244, The Rock was very active on his Instagram account. He took to social media to display his admiration for Jorge Masvidal, and for the success of the event in general. And, when The Rock says a moment is electrifying, who is a better example of who to trust?

The Rock Shares Thoughts on UFC 244

First, The Rock showed his gratitude for being able to have the opportunity to be apart of such a monumental event.

“Goosebumps.
My big a** smile is real, cos I feed off (the) energy and this FUFC crowd BLEW THE ROOF off Madison Square Garden and embraced me as one of their own.
And when I raised this BMF Title up high – the fans took the electricity to ANOTHER LEVEL.
Insane.
Thank you @danawhite, @ufc, all the fighters, coaches and especially the MMA fans for allowing me the honor to be part of your world.
All love. All respect.
See you down the road.
Rock – People’s Champ
#UFC244 #BMFTitle #MasvidalDiaz,” wrote The Rock.

“Away from all the noise, good to have a quiet moment.
I’m always impressed with an individual’s discipline and commitment to succeed.
But I’m impressed more with how one handles their success and that level of intense pressure to be #1.
Congrats @gamebredfighter for being that example, raising the bar and getting the job done.
My goal was to help promote this fight as much as I could in hopes that Jorge, @natediaz209 and all the fighters could make as much money💰as possible at the Garden – that was completely sold out.
Congrats!
Thanks brotha for having the brilliant idea to have me present the BMF Title to you.
Always got you.
Hardest workers in the room.
BMF in the game.
Now go destroy some MF’n cheat meals,” signed Rock.

So, it turns out that whether fans liked the idea of the ‘BMF’ title or not, the night was a massive success. The fights were all incredible and the card’s presence took on a life of its own.

UFC 244 will go down as one of the most unique spectacles that the promotion has seen. And, The Rock’s presence on the BMF card made the monumental moment electrifying.