The most prodigious stare down of 2011

There aren’t many words large or descriptive enough to describe the full awesome of the stare down we’ve all been waiting for in the weeks leading up to the Strikeforce Heavyweight Grand Prix this weekend. Prodigious, monumental, massive, astounding-they all just don’t seem to be powerful enough to capture the fully describe the essence of this picture.

Look at the the calm faces. The smiles. The gentle placement of Overeem’s hand upon the knee of Fedor. On the surface, to those ignorant to the sheer violent skull breaking capacity of these two massive human beings it might look like two close friends sitting on a park bench exchanging glances of affirmation and adoration. To the rest of us though, it is a picture full of intimidation and understanding between two great monstrous warriors about to fight for the title of immortal lord and ruler of everything. All we can do now is bow to this amazing stare down and shudder with excitement over the violent display we will be lucky enough to witness in just over 48 hours. Wow. [Source] 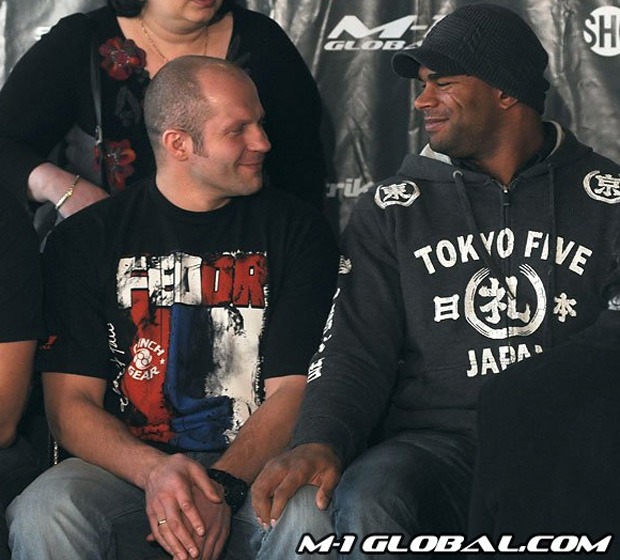