The Korean Zombie is going to make his UFC commentating debut

Posted on Last updated: September 5, 2010 By: Author Team ME 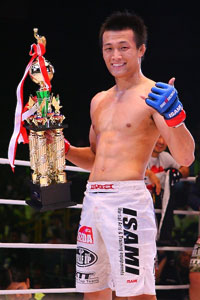 Did you know that in Mexico, they call actually call Twinkies Los Submarinos? It’s one of many vital things I learned while watching Zombieland alongside the importance of cardio and always having an exit strategy. Ever since that movie, I’ve been unable to use public restrooms and I always eat standing up. I know it’s just a movie, but it’s almost 2012 and the Mayan calendar predicted the zombie apocalypse would start sometime after Gary Coleman would stop being funny. In fact, the first reports an actual zombie takeover have finally surfaced. Chan Sung Jung is set to make his debut as an official commentator for the UFC. The ‘Korean Zombie’ recently sat down with GotMMA? for an interview and here’s what he had to say:

Gotmma?: First, congratulations…I was little bit surprised with the news. (Jung getting the UFC commentator job.) How do you feel?

Chan Sung: I was rather nervous than pleasant. I’ve gotta do my best not to get criticized since commentating gets a lot of criticism.

Gotmma?: Is this one-time thing or are you going to keep commentating as long as it doesn’t slow down your figtingcareer

Chan Sung: As long as I keep winning, I agreed to do more.

He continues to talk about his aspirations to make the UFC big in Korea and what a nice guy Chael Sonnen is, but at the end of the day, he’s still a zombie and you should probably keep a safe distance from him. It’s about time we all started subscribing to the theory that the Mayans are right. If the undead are all as lethal as Chan Sung Jung, the human race doesn’t stand a chance. I guess I hoped zombies would be more like Lindsay Lohan, who I’m still certain is some sort of undead/human hybrid. [Source] 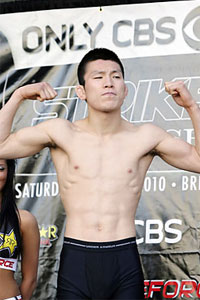