UFC 178 was everything I could’ve hoped for and more. It was a fun-filled card that left the same feeling in my soul that a shot of Jameson does. In other words it left me warm, fuzzy and just a smidge buzzed. If you missed it, I hope your excuse was good. If you didn’t, let’s take a trip down memory lane.

I’d like to start this off by saying Demetrious Johnson is one of the 5 best fighters in the entire UFC and last night was another example of that. Watching Johnson against Chris Cariaso was like watching a master at work. We could talk all day about how Johnson should probably improve his post-fight interview so we get some soundbites that make the casual MMA fan say “OOOHH DAMN! THAT DUDE IS AWESOME!” But why? He’s put down everyone in his way and has the 3rd longest active winning streak in the UFC. That should sell itself. He should have to wear an ”elephant trunk ivory suit” or resort to trolling to get people to care. HE’S THE CHAMP! Between that and reports of fans filing out before the Johnson/Cariaso fight started, the UFC’s gotta do something different. One of the best fighters in the world shouldn’t be struggling to sell PPVs or keep asses in seats.

Eddie Alvarez came out ready to scrap and I thought he was going to end it in the first, but Donald Cerrone had other plans. Those plans involved turning Alvarez’s quads into ground beef. Cerrone finally gets a W in a high profile fight and now we can start the chatter about who’s next. I’d instantly salivate at the thought of a Khabib Nurmagomedov vs. Donald Cerrone fight. Who says no?!

All Aboard the Conor McGregor Hype Train!

Conor McGregor talked a big game this week and he would talk to anyone who would listen to him and he backed it up. Dustin Poirier is no slouch and he was disposed of rather quickly in the 1st round. Afterwards McGregor kept up the chatter and made his star shine even brighter. There’s no question he’s the next big marketable star the UFC has. McGregor could probably sell him fighting a Hefty trash bag and it would get 100k PPV buys.

Yoel Romero took his sweet ass time getting his ass off of the stool and his team took their sweet asses going in to get the stool and wipe vasoline off of Romero. John McCarthy took his sweet ass time being more assertive in the situation. Lots of sweet ass time going on here. Anyway, Tim Kennedy has a real beef here. It probably won’t get heard and who knows if it would have changed Kennedy being KO’d but a lot of people dropped the ball allowing Romero to get somewhere around 90 seconds of rest time rather than the allotted 60.

Cat Zingano is tougher than a $2 steak bruh bruh. Amanda Nunes was giving her the business in round 1 and it started to bum me out because I really wanted to see Zingano take this one. Zingano did and you could see it on her face that this W meant A LOT to her. She gets Rousey next and I don’t think she has anything for her, I do think it could be a fun scrap.

GIVE DOMINICK CRUZ HIS BELT BACK!

You guys ever watch wrestling growing up? Remember when a big star would come back from injury and he’d just CRUSH whoever was in the ring? This was the MMA equivalent of that.  Cruz ran through Takeya Mizugaki like this was a squash match. To keep the wrestling theme going T.J. Dillashaw & Dominick Cruz are MMA’s Razor Ramon & Shawn Michaels. There can only be one true champion at 135. Dillashaw plays the role of Razor (the current “champ”) and Cruz plays the role of Michaels (“former” champ who was never defeated for his title and wants it back.) 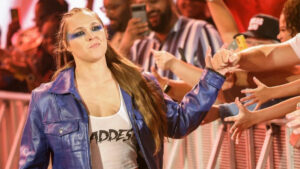