MMA has a hero problem. Consider the time Genki Sudo impulsively retired eight years ago. He’s on television peddling Toyotas with his musical group World Order now. Prodigal Nick Diaz has signed a new contract, but we’re afraid he’ll have another eccentric relapse before his hypothetical January fight against Anderson Silva. Anderson hasn’t even won a fight in two years. Jon Jones is injured. And even our most historically reliable protagonist, Georges St. Pierre, strangely absconded after a twelve-fight win streak, presumably abducted by aliens.

Yes, MMA has a hero problem. And while we still have outliers like Ronda Rousey roaming about with her rogue band of the Four Horsewomen, we don’t have a proper League of Heroes at the moment. We are missing something important and we know it.

But something important might be happening in London. No, I’m not talking about Michael Bisping, despite what he just did to Cung Le. I’m talking about Ekpo “Shin Panther” Kams, an amateur fighter you’ve never heard of. He is a human repository of Diaz taunts, Silva feints and push-kicks, Genki theatrics and Jon’s well-rounded unpredictability. He even has an impressive double-leg takedown. And when he talks, the Frenchman sounds a lot like GSP.

Ekpo’s amateur record is just 3-0. But despite his inexperience, I have just watched his last fight and I can’t stop making those associations. At several points, Ekpo doesn’t even look at his opponent. He turns ninety degrees and slips punches while casually observing the opposite corner.

“Let’s be honest, the movement is beautiful,” says a commentator. “Very, very interesting round . . . bordering on disrespectful at points, but who’s to judge a style a guy wants to fight under? It’s working for him.”

It is usually bad practice to christen an amateur sports competitor the next great thing. Alright, fine. But I’m going to use my entire yearly ration of reactionary hysteria anyway. Because we have a hero problem. And this guy might be a whole group of them combined.

Here is nice background video about the Shin Panther by JandBVisuals: 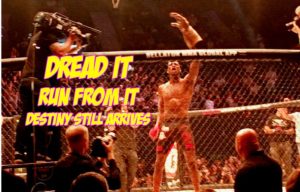 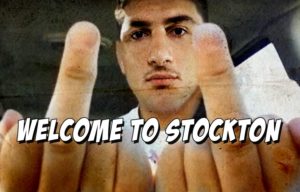