The beef with THQ and EA Sports has finally begun 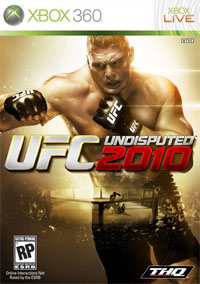 If two computer programmers had a feud, I bet it would end with pocket protectors being flung at each other. Back in the day I used to work for a videogame company and to prevent any argument from starting, I just said ‘Dude, I never watched Harry Potter’. It’s a good way to prevent three hour conversations on the mechanics of Quidditch. So far, the developers of EA Sports MMA and UFC Undisputed have kept pretty quiet even though they will be pitting two of the largest MMA games in history against each other in just a few months. THQ Executive VP, Dan Gold, decided to pull a Rambo in the franchise wars and strike first blood. Check out what he said regarding EA Sports MMA.

EA, which is a very well known company and who makes big sports games, they couldn’t get our license. They were not fans of the UFC, they were not fans of mixed-martial arts–and they decided to change their business plan and became a “me-too” company and create a “me too” fighter. They couldn’t get what they really wanted, so they tried to create a game that would compete with us. We have a lot of respect for them, but there’s nothing in that game that would entice me or anyone I know that’s an MMA fan to buy it. If you want stars, the best organization, the best graphics, you’re going to stick with what you bought last year because this year’s game is even better. And the fact that we didn’t cheat or cut corners in 2010, I think our fans are going to be very happy.

Keep in mind, EA Sports was the same company who essentially purchased the exclusive rights to be the only videogame company to develop NFL licensed games until 2012. In a nutshell, they paid enough money to the NFL in order not to have any competition. Electronic Arts, they have more money than Jesus.  [Source]