Surprise, Randy Couture does not plan on standing with James Toney 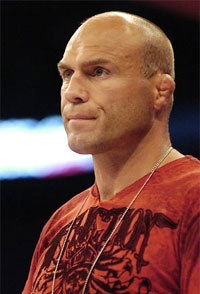 The odds haven’t been set for Randy Couture’s bout with James Toney at UFC 117, thank God because I can’t afford to drop another $100 on a bout that doesn’t take place until August. The worst thing about online betting is that once you place your money on a fight, there’s no turning back. Your money just sort of sits there for the next few months like a political diplomat being held hostage by a Peruvian drug cartel. Randy Couture talked with MMAWeekly this week about his plan for James Toney which includes not standing with him.

“Someone needs to welcome him appropriately to mixed martial arts, and show him what we’re all about. He’ll be very formidable at range, and I think anybody who faces him would be silly to stand around in front of him, and play that game. There’s so many other tools that come in play in mixed martial arts. Hopefully, he’ll have learned some of them, and we’ll have a great fight…I’m going to go out and try to set him up, use my striking effectively to set him up, run him into the fence when possible, and tie him up and smother him, and put him on his butt. It’s a lot harder for him to be an effective boxer from his butt.”

It’s a lot harder to do a lot of things on your butt Randy, unless you’re Shinya Aoki. [Source] 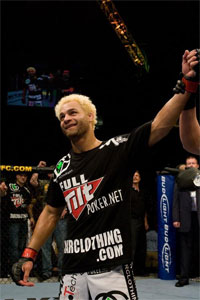