Surprising Unanimous Decision Victory To Daren Till And A Great Stand-Up Fight! 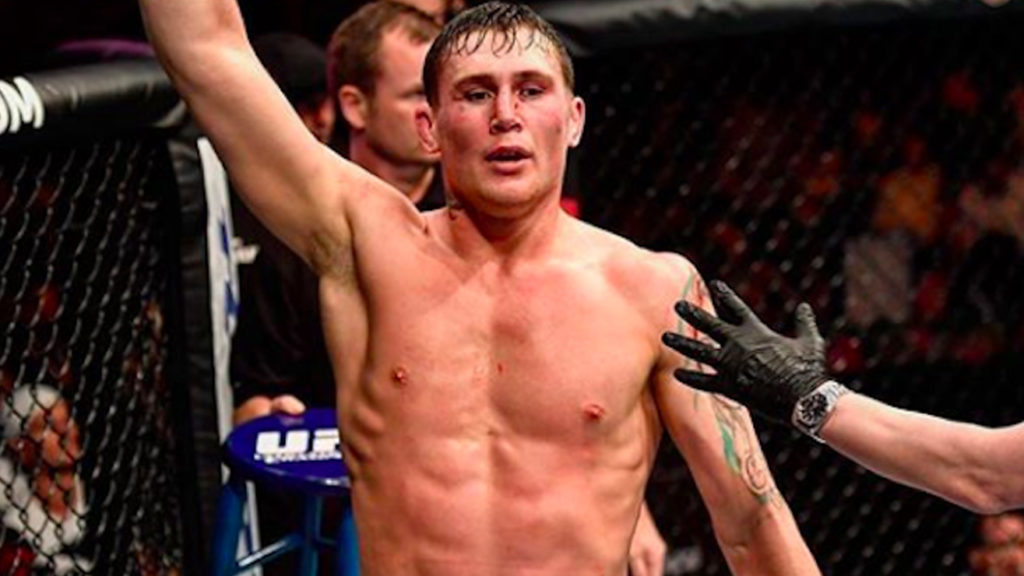 Live in London, two great fighters are fighting in the Welterweight division. Stephen “Wonderboy” Thompson (14-3-1) is a tremendous fighter with brutal unorthodox strikes, and one of the best fighters ever, while Daren Till is an undefeated fighter fighting in front of the home crowd! Daren Till (16-0-1) might be in the great mood, and this is his first great challenge and a chance to climb high in the rankings!

The fighters are having similar dimensions, so we believe you will watch a great stand-up game! One thing is certain – nobody will look for the chance from ground and pound, these guys are born to break!

As soon as the fight opened, Wonderboy drops guard and starts to move in a spectacular way. Till hits with a great low kick, but misses with a right high kick, Thompson moves to the side in a tremendous way.

A great middle kick from Thompson, and a great right high kick miss from Daren Till. The fighters continue to test their weaknesses, doing basically nothing for two minutes. The only bright side is few side kicks from Till to Wonderboy’s leg. Thompson still moves like a cat, irritating his opponent, and the crowd starts to boo. Wonderboy finally delivers a good low kick.

Thompson counters with his trademark right punch but no significant damage to Till. Fighters are in the clinch, but this didn’t last for long – Thompson escapes and the round ends.

The fighters deliver few kicks as the round starts. Till misses with his left, and again misses with a left high kick. This was close but Wonderboy won’t keep his head steady! And what a right high kick by Thompson but only hits the guard.

Thompson misses with a right side kick, till kicks and clinches up, but nothing happens after Wonderboy pushes him and makes to increase the distance. Wonderboy tries to slip and counter with the right punch but Till is cautious this time, and he moves away. One more right high kick miss from Stephen Thompson!

Fighters clinch up and Daren Till demonstrates the power of Muay Thai with a brutal knee. Wonderboy moves away and again tries right high kick. No success! But left-hand finds Till’s head. Till misses right side kick to the leg and the crowd starts to boo again, no action for some period of time. Wonderboy misses high kick again, Till is quick like a bullet when it comes to slips!

Great low kick by Daren Till who pushes Thompson away at the same time, preventing his trademark right cross. It looks like Till is physical dominant in this round and he strikes harder. Wonderboy misses left spinning heel kick and the round ends!

Thompson starts of the orthodox stance, and Till tries to catch him along the fence, but nothing happens. Wonderboy hits left low kick but Till blocks his right high kick again. Till misses with a left hook, wasting energy. Wonderboy punishes his miss with a right hook.

Thompson hits a successful middle kick and a right punch. Again right punch counter, but Till continues! Till tries to clinch, but Thompson escapes again. Thompson is on the fence but hits with two great right hands. What a mistake by Daren Till and a great exchange!

Wonderboy misses and Till returns with a jab and a middle kick. Oh, what a damn move, Wonderboy just did an eye gauge and the fight is stopped! The referee warns him!

Great left hand from Till, he tries left spinning back fist and attempts with a left hook again, but no success. Thompson does a great counter and the round ends.

Great opening right jab by Wonderboy. Till tries right high kick and misses, and a great clinch and right hand from Wonderboy. Till misses with a left hand, but delivers a tremendous left cross catching the opponent off guard! Till tries with a side kick but Thompson delivers three punches to the head.

Looks like Till’s low kick hurt Wonderboy, a huge bruise on his right leg! Till’s foot is bleeding, what the hell is happening? Great right low kick by Till, Wonderboy misses with a right hook. Till does great left hand and clinches up, pushing the opponent against the fence, but Wonderboy escapes again in a magic way!

Good middle kick by Thompson… why Till isn’t taking him down, he lived in Brazil and learned BJJ, now he is not using it? Wonderboy makes a mistake and Till hits with a jab, Thompson returns with a weak low kick. Great feinting from Darejn Till but Wonderboy escapes. End of the round!

Friendly hug in the beginning and Till forces the crowd to applause. Right low kick by Daren Till, but miss with a left hand. Good left low kick by Wonderboy, Till misses a middle kick cutting the opponent pushing him against the fence. But Wonderboy escapes takedown attempt miraculously!

Wonderboy feints the spinning and double kick to the head but hits a middle kick. Wonderboy is on the fence and escapes again. The referee warns them up, and on 2:40 until the end we have a great left hook which rocks Wonderboy! Till attacks with a barrage of punches but Wonderboy gets up and survives!

Wonderboy returns with right and left hand, but Till runs around now. He is in the lead. Wonderboy tries to take him down, but no success. Till hits with a right low kick, Thompson misses the kick again. The end of the fight!