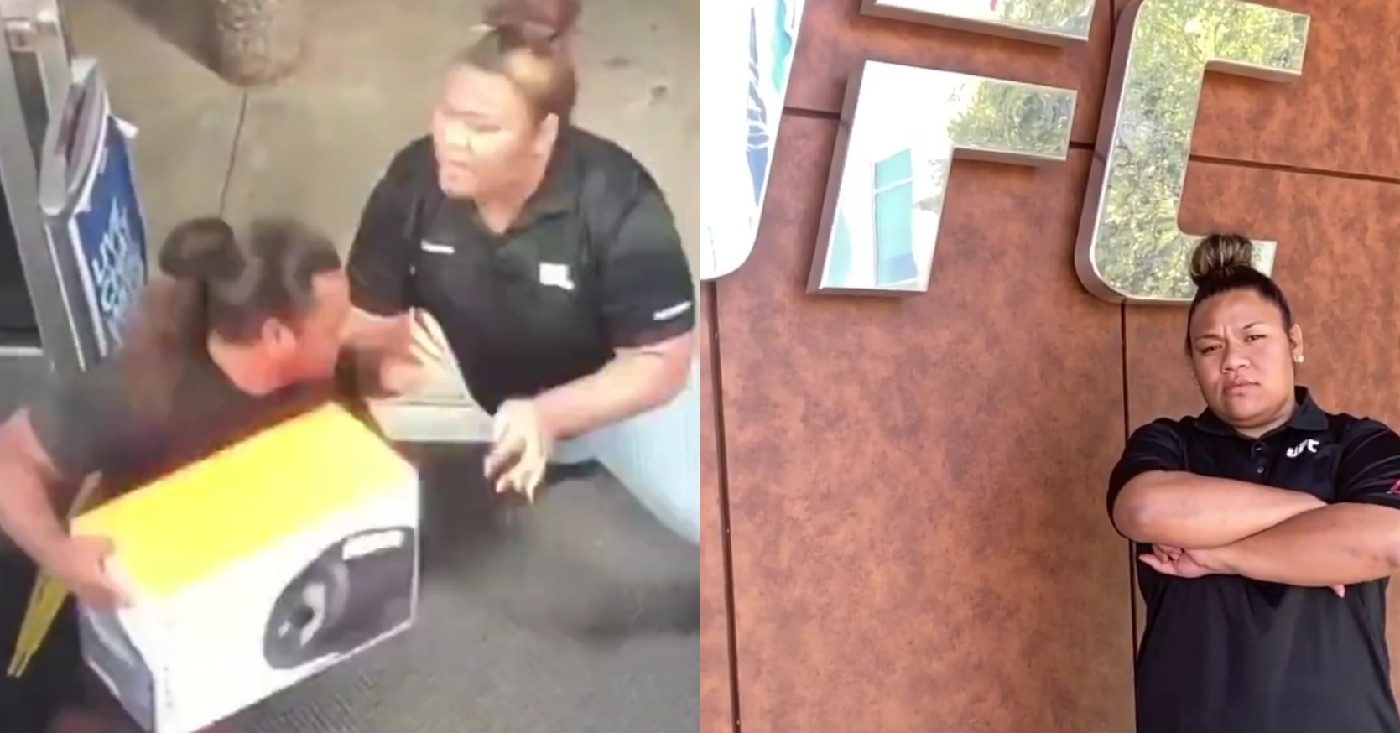 When Summer Tapasa went from a Best Buy worker to UFC security, one may think that she found her calling. However she is apparently setting her sights on some even bigger goals, and has the support of Dana White as well.

Late last year, Tapasa was making her way around the internet through a viral video of her stopping a wannabe thief from stealing from Best Buy. Although her antics causes her to lose her job at the store, it impressed Dana White, who invited her as a special guest to a UFC event. This relationship blossomed further, as she was then offered a job as a security guard for the corporate office, which she agreed to take.

Summer Tapasa Wants To Be A Ref

As it turns out, Summer Tapasa has higher goals to achieve than just being a security guard for the UFC. Speaking with TMZ, she revealed that she actually has intentions of trying to become a referee for MMA. Apparently this is something that UFC President Dana White is supportive of, as well.

Now contrary to popular belief, the UFC is not the one who hires the referees or officials overseeing events, for obvious conflict of interest reasons. Therefore if Summer Tapasa wants to be a ref, she will have to go through state athletic commissions to get hired, and likely work her way up through smaller, regional shows before she can handle a UFC-caliber fight. However if she is really interested in doing this, and with the support of the UFC, it would be a crazy story to see her as the third person in the Octagon at some point in the future.