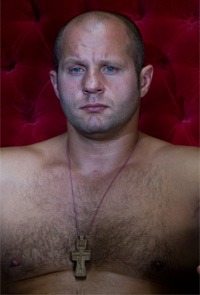 So I was just about to hop in my car to go to the airport and I got this press release from Strikeforce. Get ready to smash something in excitement:

September 17, 2009
MMA RETURNS TO PRIMETIME ON CBS WITH
“STRIKEFORCE: FEDOR VS. ROGERS”
LIVE ON SATURDAY, NOV. 7

Fedor, the #1 Ranked MMA Heavyweight in the World, To Be Seen for the First Time by Broadcast Television Audience

In 2008, CBS aired the first live MMA fights on network television, with three successful events earning time period-winning ratings in all key young adult and young men demographics. CBS’s most recent broadcast in October 2008 ranked as the night’s highest-rated program on both broadcast and cable in adults 18-34 and men 18-34, topping all other sports programming in those demographics, including the Major League Baseball playoffs and college football.

On Nov. 7, the world’s Number One-ranked MMA heavyweight fighter, Fedor Emelianenko of Russia, will face undefeated American Brett Rogers of Minnesota in the marquee match up. The fight marks the first bout for the highly coveted Emelianenko since his promotional company M-1 Global signed an agreement with STRIKEFORCE to co-promote major events.

“There’s no question this is a sport that is fast becoming a force in popularity and as a business,” said Kelly Kahl, Senior Executive Vice President, Prime Time, CBS Television. “We’re excited to be the platform that will enable millions more to see the athlete regarded as the very best in his sport. The Number One heavyweight on the most-watched network has a very nice ring to it.”

Simply referred to as “Fedor” by fans around the world, the 6-foot, 235-pound Russian is one of the most dominant fighters in the sport. He is a master of the Russian military combat system Sambo and boasts a record of 30 wins, one loss, no draws with 16 wins by submission, seven knockouts and seven decisions. The 28-year-old Rogers (10-0) is a massive physical specimen standing 6-feet, 5-inches tall and weighing 265 pounds. He possesses two of the heaviest hands in the sport of MMA, an attribute that has helped him knock out all 10 of his professional opponents.

“It is an honor to have the opportunity to bring the STRIKEFORCE brand to CBS,” said Scott Coker, Founder and CEO of STRIKEFORCE. “We are looking forward to bringing MMA back to the network and to having the world’s No. 1 heavyweight-Fedor-compete for the first time on live network television against one of America’s most promising young, undefeated stars-Brett Rogers.” 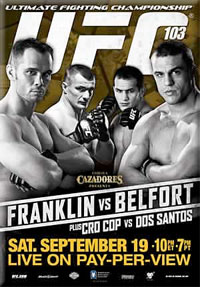 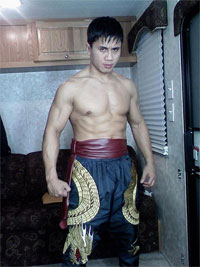 Cung Le gives up his belt to star in another movie
Read Next Post →
Click here to cancel reply.