So you want to be the executive director of the Nevada State Athletic Commission? Here’s the job listing…

Someone told me that you’ve waited your entire life for Dana White to scream obscenities at you. Well, that day has finally arrived. Keith Kizer’s old job is now up on the employment auction block, and you can be the quintessential ‘man’ in all of MMA and boxing.

Feast your eyes on the official application for the executive director of the Nevada State Athletic Commission. At $97,901, Kizer was probably pulling in a six-figure income before he unexpectedly resigned from his position. The .pdf can be downloaded here, oh and good luck. I hope you get it — and you better give me cageside/ringside seats to every event from now until zombies eventually takeover the city of Las Vegas. 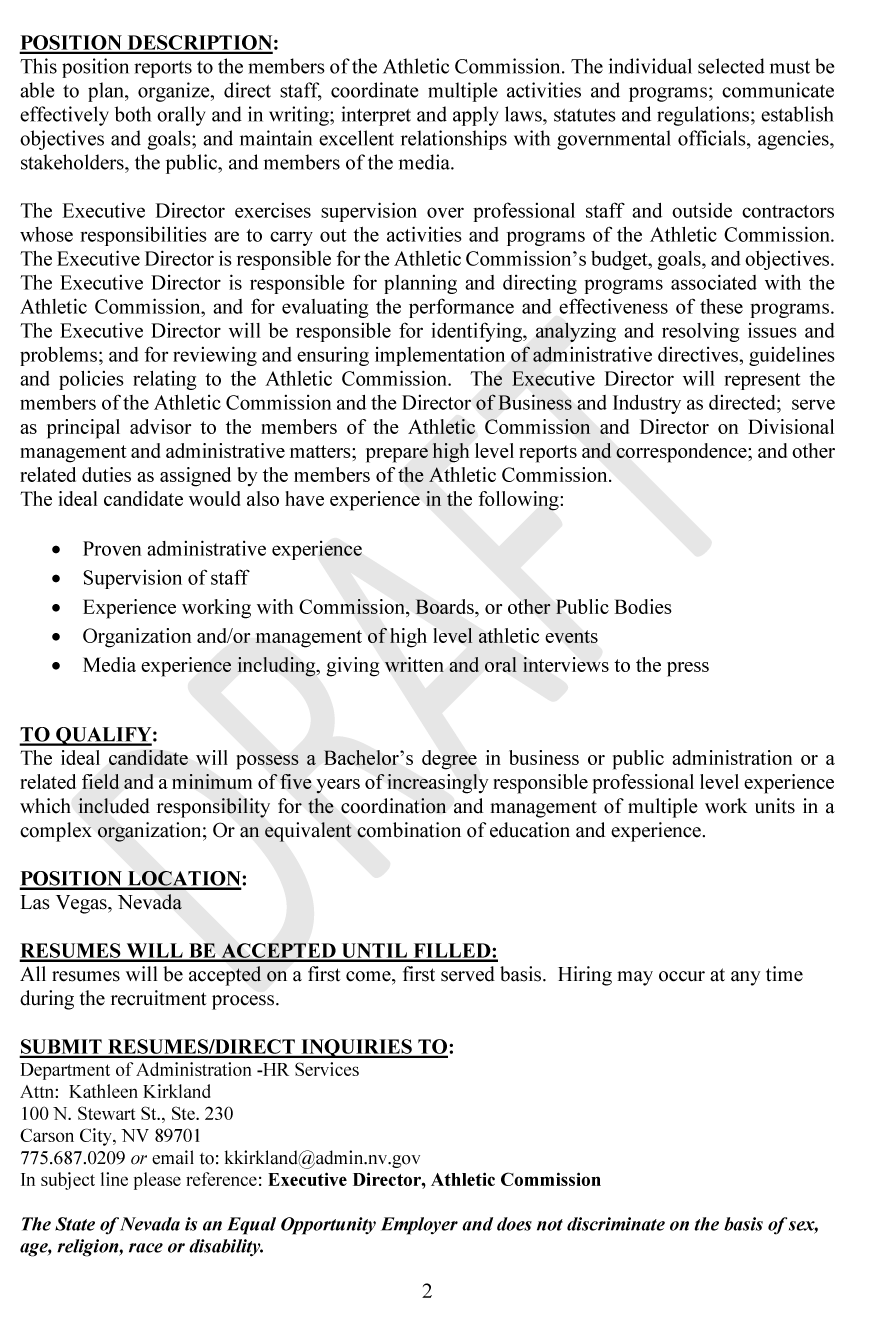 The future is here: Hershey’s is creating 3D-printed chocolate

Anthony Smith Puts NSAC On Blast For Recent Changes: ‘We Look At You Like The Police’

Khabib: McGregor Needs 10 Wins Before He Gets A Rematch