So we really like James Krause’s walkout shirt, for the obvious reasons…

Let me make this abundantly clear, the minute someone gets the MiddleEasy logo tattooed on their body, they will consequently be featured on the front page of MiddleEasy. We’re talking about the complete logo, not just the red monster. There will be absolutely no tangible prizes handed out. Your reward will be our company’s logo etched on your skin for the rest of your life. We did it last year with our Jaco tattoo contest, but we enticed our audience with $400 Jaco gift certificates. The response was so large that we actually had to cut the contest short — since there are lunatics out there that will do this type of stuff. But enough about tattoos, let’s talk about how James Krause looks like a young Phil Baroni in that banner picture.

Just kidding. Let’s just focus on James Krause’s immaculate walkout shirt for Resurrection Fighting Alliance that he will be wearing in just four days. LayzieTheSavage has convinced me the 25-year-old will be the next big thing in MMA, and that’s why you’re reading this article on the front page of MiddleEasy. Let’s just hope James Krause doesn’t let us down. Pressure? Of course. Good luck James on your upcoming fight — and we so obviously dig your walkout shirt. Be sure to follow James Krause on Twitter while you’re at it. 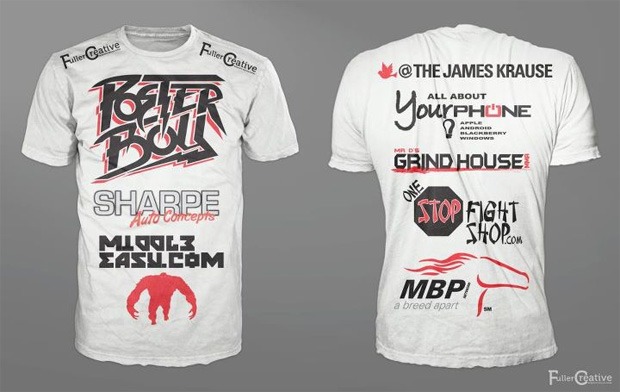