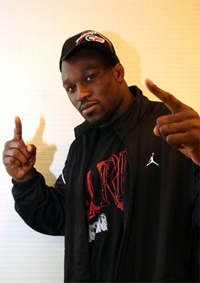 I never thought I would live to see the day that a space shuttle would be featured as an undercard. It felt like I was watching the Superbowl and the half-time show was an archeological excavation in Syria. So M-1 Global: Breakthrough just happened and this is what I managed to decode from it all:

Daisuke Nakamura proves that a man in black underwear, devoid of sponsorships can pull off perhaps the most exciting fight of the night. Nakamura graduated from the Anderson Silva school of ‘Keeping your hands low while nailing the hell out of your opponent with a straight jab’. Dude must have activated his force-field prior to the fight because Ferrid Kheder rarely connected (sort of like my Wi-Fi). Nakamura eventually grabbed the W bringing his record to 20-10.

Next up was a dude nicknamed Lloyd “Kadillac” Marshbanks vs. Michael Kitta. Any person that places a car in his name and intentionally misspells it is a guy you have to watch out for. We did watch out for Kadillac and unfortunately we watched him get TKOd in first round by some weird shoulder injury. Marshbanks had to tap out on three separate occasions for the ref to see his hand desperately slamming the mat. Even Kitta looked up at the ref but he refused to acknowledge it. Only in Kansas City.

Third fight of the night we saw Jessie Gibs eventually defeat Rob Broughton via continental drift. There wasn’t much action going down so I decided to spray the corners of my apartment with Black Flag to prevent the oncoming invasion of roaches and other small insects that hijack my living room and hold my pride for ransom. By the time I was finished, it was time for the next fight.

Lucio Linhares vs. Mikhail Zayats was just as action packed as Karl Amoussou vs. John Doyle. Both fights were dripping in rawesomeade and ended abruptly in the first round. Amoussou won, as expected, and after the fight he got on the mic and essentially called out every single fighter in Strkeforce except he said it in a French accent so it didn’t sound that threatening (more like a caution). 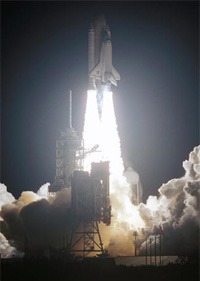 And of course the pretend fight we’ve all been waiting for: Gegard Mousasi vs. Fedor Emelianenko. Everyone pulled their camera phones out for this one and in the middle of summer, we witnessed Mousasi and Fedor scrap it out in thick, heavy-duty gis. Apparently when you rock a gi, it means that you can’t hit each other in the face…but you can score some amazing take-downs and arena-shaking slams. Fedor eventually grew tired and decided to submit Mousasi in an absolute spectacular arm-bar. Fedor won…which is the same thing as saying ‘the sky is blue’.

Oh, and NASA launched the space shuttle Challenger which was signed on the undercard as a late replacement for the Klingon Warbird that M-1 Global planned to materialize out of thin air and shoot photo torpedoes at Fedor (which he planned to overhand right them back at the alien spaceship and gain his 31st victory by way of sheer rawesomeness).

Now the headliner was finally here. The bell rung, King Mo punched Mark Kerr and the fight was over. I then hopped in my car, drove to Taco Bell and realized I left my wallet at home.

There you have it, M-1 Global: Breakthrough. 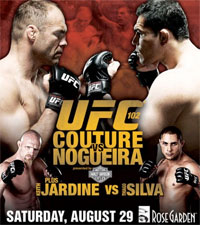 Our UFC 102 picks will probably lose you money...again
← Read Last Post
Ever wanted to know how many sites begin with 'MMA'?
Read Next Post →
Click here to cancel reply.