We all knew it had to be done and in this scenario, we’re going to be the first to start. Personally, I don’t believe Anderson Silva let his UFC 117 title defense pan out five rounds only to win by a seemingly miraculous but meticulously planned triangle. However, a large portion of you have been rocking your tin-foil hats ever since the end of UFC 117 so I’ll take a voyage in your world of potentially outlandish jiu-jitsu conspiracies, title preservation theories and general MMA nuttiness and hopefully return back to reality just in time for dinner.

If Anderson Silva planned to hesitate until the very last moment of the fight to pull of a victory, perhaps this clip of Ando securing a kimura on Chael Sonnen late in the second round only to voluntarily release it may be the shred of evidence needed to polish off that conspiracy theory you’ve been constructing over the weekend. Here we see Anderson Silva securing an almost Sakuraba-like kimura. The wrist control is there, leverage seems to be adequate, Silva even appears to have Chael Sonnen wedged against the cage in such a manner that if Chael tried to spin out of the submission, he would undoubtedly be impeded by the wall. In a moment of sheer ‘WTFness’, Anderson Silva lets go of the kimura and casually transitions to somewhat of a heel hook. Is this the smoking gun needed to establish Anderson Silva as the Andy Kaufman of MMA? Probably not. Most of you don’t even know who Andy Kaufman is. 80s n00bs. Regardless, securing a kimura only to voluntarily let it go just adds to the never ending intrigue of the only guy you’ve ever known from Curitiba, Brazil. 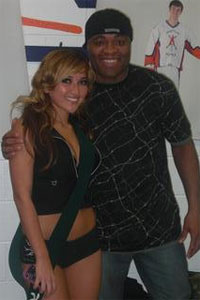