So it looks like Wes Sims vs. Bobby Lashley on Jan 30th 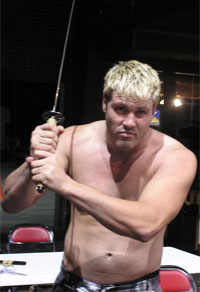 A few months Wes Sims sold Kimbo’s Do-Rag from TUF 10 for an extraordinary amount of money ($51.00). In an interview, Sims said that after shooting was wrapped up for the show he pretty much took everything that wasn’t nailed down which included a pair of Justin Wren’s used underwear that he sold on eBay. Wes Sims proved that being a ninja near a picket fence was pretty easy but in the end, he ultimately was choked unconscious by Justin Wren early in TUF 10. On January 30th at Strikeforce Miami, he will have another chance to grab a W…only this time it’s against a dude that eats entire solar systems for lunch.

We have to keep in mind that this story comes from a site that has a poll titled: “Should Awesome Kong be fired for assaulting Bubba The Love Sponge?“. We also have to remind you that you are reading this story on a site that has a poll titled: “Which fighter would you like to sucker punch in the face and run away?“. However, several sites are picking up on the story so I will have to do the same and just hope that we all aren’t getting Kimo Leopaldo’d.

Even though Jimmy Armbriz has been licensed to fight Bobby Lashley at Strikeforce Miami, reports state that Strikeforce has turned down the fight in order to schedule Wes Sims to get in the cage with a guy that has the body of every Marvel comic book character combined. Should be interesting. [Source] 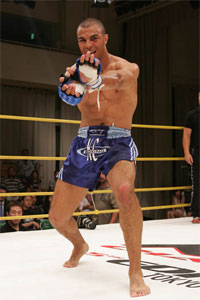