The footage has emerged of 72 years old Australian pensioner got sickening coward punch and knocked out after being involved in road rage incident in Thailand.

Colin Gerrard, 72 years old Australian got into an altercation with local man name Sumet Rungratanapan outside his daughter’s school in Pattaya, Thailand.

Both individuals were involved in a minor traffic accident, Gerrard took a goddamn machete out of his car chased this guys car and smashed the windows of his vehicle.

A local police officer saw the aftermath of 72-year anger, machete attack and came to mediate. This old man blames the Sumet, who is suddenly turning around and landing the mother of all sucker punches to Gerrard’s jaw. 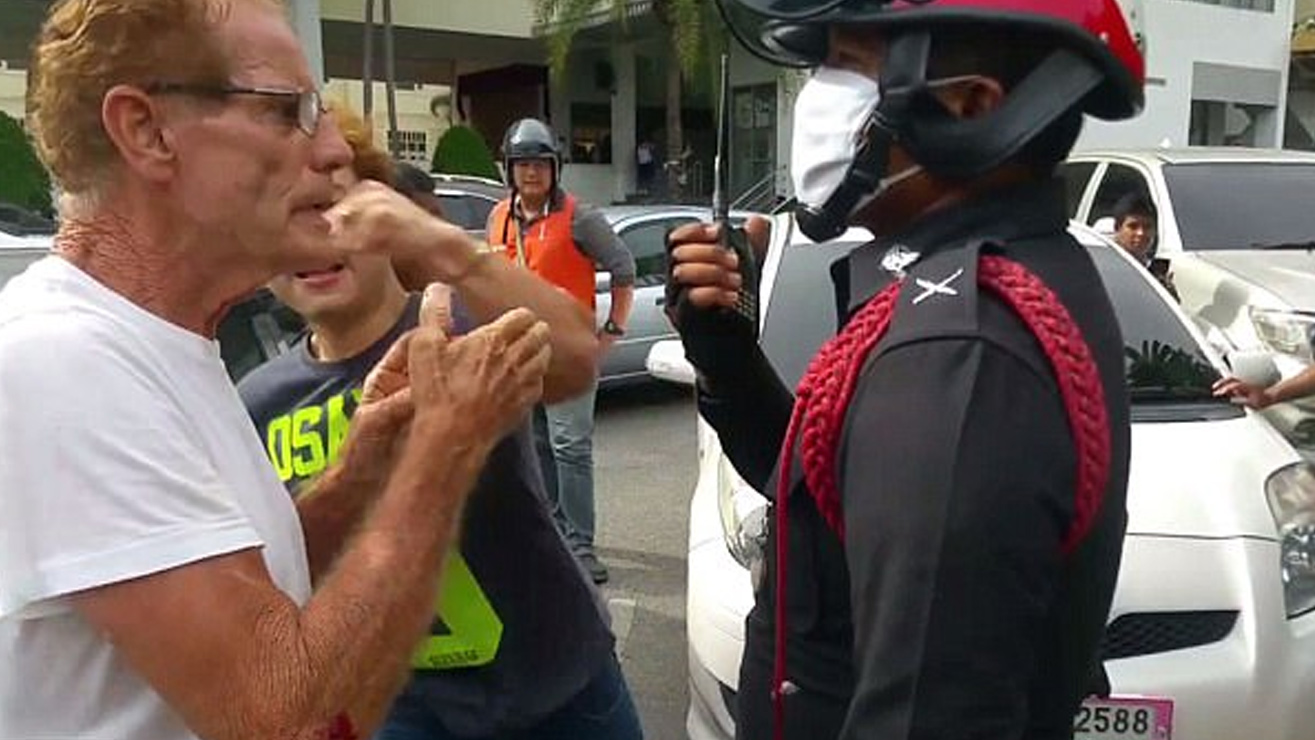 After the incident, Sumet gave his account of what happened:

“I was driving my car and I wanted to overtake but the foreigner didn’t want me to go in front of him. He moved the car in front of me. After that, I said sorry because I scratched his car but then the foreigner was shouting and swearing at me. It made me angry and I started to talk bad back to him. The foreigner was shouting to stop the car and come outside. Why was he talking to me, a young person, saying come here, come here, so strongly? Then I walked over to him and he took the knife and he attacked my car with it. I was so angry and I just punched him.”

That sickening punch left Gerard out cold for a minute, and there was blood pouring from his face.

“We have to hear both sides of the story and the injured man must get a medical certificate from the hospital as evidence of his injuries. Neither man has been charged. We have to wait for the interrogation of all parties, interviews with witnesses and check CCTV footage.”

Check out the sucker punch on the player below:

MMA Yearbook: A young Fedor Emelianenko and his brother Alexander on the playground
Read Next Post →
Click here to cancel reply.