There’s a song by Of Montreal with the words ‘Let’s pretend we don’t exist’ followed by ‘Let’s pretend we’re in an Octagon.’ That’s a lie. The lyrics are actually ‘Let’s pretend we’re in Antarctica,’ but if you listened to the song you could never tell the difference. That needed to be expressed through words, so I’ve reached my goal for today. There’s nothing left for me to do aside from mope around my living room, thinking about that there will never be another new episode of TaleSpin ever made. Maybe I should find more items of 90s nostalgia to obsesses over, like this commercial of Gak — back when exploiting cute Asian kids for marketing campaigns was the thing to do. It probably still is the thing to do, I’m just not around enough cute Asian kids to verify this. Basically what I’m trying to say is I’m surrounded by ugly Asian kids, and I need to be rescued.

Shogun Rua will be on your television in just a few days. You might want to give your girlfriend the heads up so she’ll sit quietly in front of the TV with her vision affixed on the former UFC light heavyweight champion. We always assume Shogun Rua comes into his fights in the best physical shape he can — but this newly released photo is something of legend. It could just be another excuse to place a shirtless Shogun on the front page of MiddleEasy. Check out the highly fit Shogun Rua below. 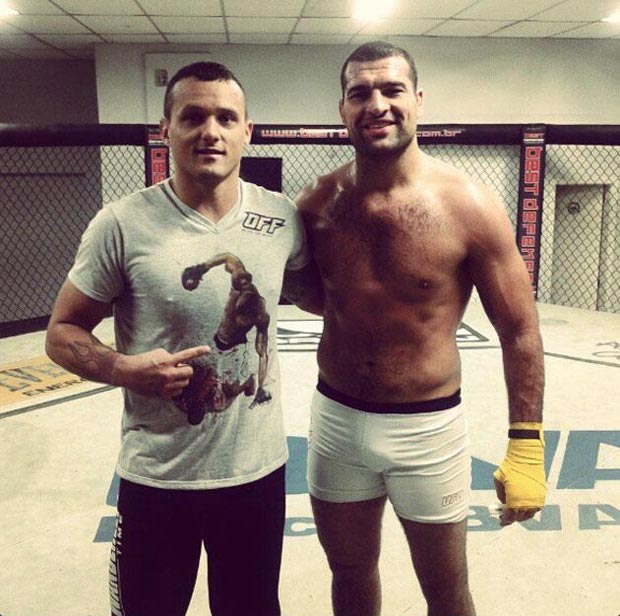